Carmakers rise to the challenge of producing respirators

Carmakers across the globe have outlined how they’re putting their production capabilities to use with producing respirators and ventilators in response to urgent medical needs. 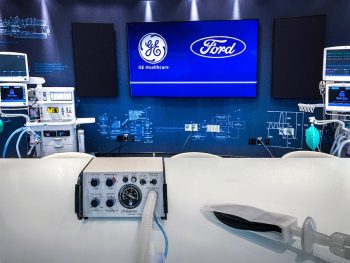 In France, Groupe PSA is part of a group of French industrial companies that have been asked by the Government to respond to the need for more respirators on a national level; yesterday saw the country record its worst jump in coronavirus deaths since the outbreak began, after 418 people died within 24 hours.

Led by Air Liquide, the group of French firms are looking into the possibility of increasing the production of respirators so as to provide 10,000 respirators in 50 days, between the beginning of April and mid-May.

In addition, Groupe PSA is directly contributing to increasing production potential with the creation of a specific workshop in its Poissy factory with more than 50 volunteer employees, in order to be able to start producing the central block of the system, under the conditions of the reinforced health protocol implemented on the sites.

PSA is also looking into helping the community with initiatives such as the massive donation of masks or the provision of vehicles to medical staff.

The carmaker’s assistance with the coronavirus response comes as it also looks at a new health protocol for its employees, to create the necessary conditions for a safe and gradual return to car production in the longer term.

In Spain, the SEAT Leon line at the Martorell plant is being used to help make automated ventilators with adapted windscreen wiper motors. A total of 150 employees from different areas have changed their usual workstation to put together the ventilators where parts of the SEAT Leon used to be assembled. A ventilator is currently undergoing prolonged testing as part of the approval process.

In the States, General Motors is putting its Kokomo components facility to use in order to manufacture a ventilator in partnership with Ventec Life Systems.

The firms are planning to produce around 2,000 devices per month to begin with and will start deliveries before the end of April.

The work complements GM’s existing manufacture of surgical masks at its facility in Warren, Michigan.

And while Ford has said it’s delaying the restart of production at its North America plants to help protect its workers – it had been aiming to restart production on 6 April at its Hermosillo Assembly Plant and 14 April at several key US plants – it’s working in collaboration with GE Healthcare to begin producing a third-party ventilator in Michigan.

Ford will provide its manufacturing capabilities to quickly scale production, and GE Healthcare will provide its clinical expertise and will license the current ventilator design from Airon Corp – a small, privately held company specializing in high-tech pneumatic life support products.

Ford’s Rawsonville plant will produce the ventilators nearly around the clock, with 500 paid volunteer employees working on three shifts.

“The Ford and GE Healthcare teams, working creatively and tirelessly, have found a way to produce this vitally needed ventilator quickly and in meaningful numbers,” said Jim Hackett, Ford’s president and CEO. “By producing this ventilator in Michigan, in strong partnership with the UAW, we can help health care workers save lives, and that’s our No. 1 priority.”