By Natalie Middleton / 6 years ago / Interviews / No Comments 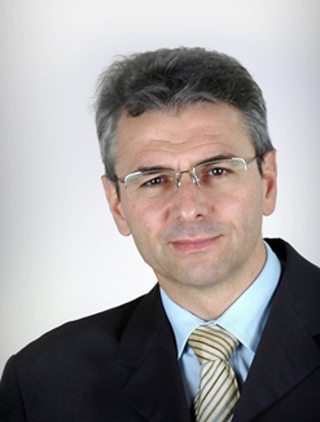 Reducing fuel consumption and emissions from internal combustion engines is a requirement everywhere in the world for motor manufacturers. It’s a similar story for fleet operators too as they seek a reduction in fleet costs – often meaning lower CO2 emissions to reduce tax liabilities.

Engines have been reduced in size and turbocharging has made them more efficient, but what does the future hold?

The first thing is to look at the car as a whole, not just the engine, reckons

Christian Chapelle. Cars need to be lighter and more aerodynamic before looking at the powertrain.

“One of the main directions taken some years ago was downsizing,” says

The problem, as Chapelle points out, is designing engines that emit low levels of carbon dioxide and use comparatively small amounts of fuel while also managing oxides of nitrogen from the engine.

NOx can be harmful to human health among other effects, which is one reason why NOx emissions have been targeted more by Euro 6 emissions legislation.

“The more you downsize the engine for heavy cars, the more the engine emits NOx,” says Chapelle, “Because with a good diesel engine, in terms of efficiency – good fuel economy and low CO2 emissions – emits a lot of NOx.”

There’s another complication here too. The other pollutant that causes concern from diesel engines is particulate matter (PM). This is the black smoke that used to go with diesel exhaust. Most larger car diesel engines have been fitted with particulate filters (DPF) for a number of years. These devices trap the soot in the exhaust, then periodically burn it off to stop the trap from becoming clogged up. They also make sure that most diesel smoke is eliminated.

Designing a diesel engine that can deliver good fuel economy, low CO2 emissions, low NOx and PM emissions is therefore impossible. The logical way to develop the engine is to design it for low fuel consumption and CO2 emissions, but high NOx emissions.

With PM emissions taken care of by an exhaust trap, engine designers needed to treat the NOx emissions too. The most effective way to do this is to inject a liquid, usually known as AdBlue into the exhaust stream that would react with the

NOx as it passes through an exhaust catalyst. This is the technique that truck and bus diesel engines have used for a number of years. AdBlue contains ammonia, which breaks the NOx down into nitrogen gas and water. Some cars already use this system – PSA refers to it as ‘Blue HDi’ and it will become far more widespread as Euro 6 emissions come into force, meaning that most fleet drivers will have to get used to topping up with AdBlue every few thousand miles.

Since PSA started fitting DPFs to its diesel engines some years ago, these too have been using an additive. Drivers remain unaware of it because it only needs to be re‐filled when the car is serviced.

Chapelle explains why PSA chose this system, “Thanks to our particulate trap technology, using an additive, we can burn the soot at 100°C lower than our competitors. We are the only OEM in the world using an additive trap,” he says.

He says that if further NOx reductions are demanded by future emissions limits, all PSA will need to do is increase the amount of AdBlue injected, whereas competitors may need to re‐engineer their exhaust aftertreatment systems.

Chapelle claims that drivers of Euro 6 step 1 PSA vehicles will not need to be concerned with re‐filling AdBlue tanks, because the cars have been fitted with tanks that will hold enough AdBlue for 20,000km meaning the tank can be refilled at a regular service. This will change in future if NOx limits are tightened further, perhaps meaning that AdBlue will need to be topped up every 5/6,000km.

Anticipating that, PSA and other manufacturers are working with the oil companies to fit suitable AdBlue pumps near the diesel pumps at filling stations, so that drivers can simply fill up with 20 litres of AdBlue when they fill up with diesel. Similar pumps are already in use with truck fuel pumps.

Particulate emissions are not just a problem for diesels. The direct injection petrol engines that are starting to replace conventional petrol engines also emit particulates. “We face particulate problems,” says Chapelle, “The Euro 6 step 1 regulation allows petrol engines to produce 10 times more particulates than a diesel, so when people are fighting against new diesels, they are completely wrong.

“Now the particulate debate is on the turbo direct injection petrol engine. As soon as you downsize the engine on any car, the engine is working closer to full power at full throttle and it emits more particulates, so the limit of the downsizing will be the particulates.

We have to be ready to introduce petrol engine particulate traps in the future. The technology is not as complex as it is on a diesel and is less expensive, but it’s not for free so we are trying to avoid it for as long as we can, but we have to be prepared for it.”