Alphabet International has appointed a new chief executive officer, Marco Lessacher, to take up the role from 1 July 2019. 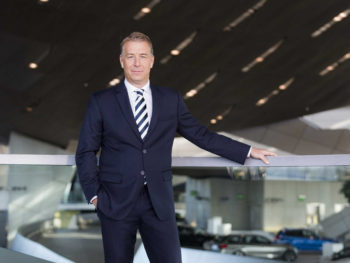 Lessacher succeeds long-standing CEO Norbert van den Eijnden, who joined the company in 2009, and will be tasked with continuing to future-proof the company and position it as a leader in the fast-changing mobility services industry.

Marco Lessacher began his career with BMW Group in 2007, where he held various CEO functions, among others at BMW Financial Services and Alphabet Germany. He was subsequently responsible as head of international corporate, direct and special sales at BMW Group.

In 2017, he assumed responsibility for BMW Group’s Financial Services business in Central and Southeastern Europe and further developed the region with its eleven markets in a very successful and forward-looking manner as chairman of the Board of BMW Austria Bank GmbH.

“With a strong team and a clear vision, we will set the course for a successful future,” said Lessacher.

Norbert van den Eijnden will resign from his post to take up new challenges.