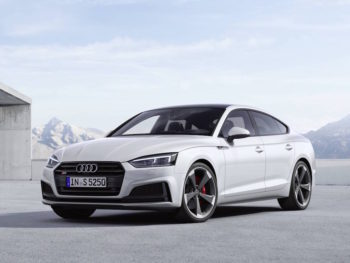 Already available in the SQ5, the 347hp 3.0 TDI teams up a 48-volt primary electrical system with an electrically powered compressor to bring improved response.

The most powerful unit in the Audi V6 diesel engine line-up, the engine – which complies with the Euro 6d-Temp standard – arrives in the summer for the S6 Saloon, S6 Avant and S7 Sportback and later this year for the S5 Coupé and the S5 Sportback.

According to Audi, the mild hybrid system – which features a 48-volt belt alternator starter with a DC/DC converter for components in the 12-volt electrical system and a compact, air-cooled lithium-ion battery – can reduce fuel consumption by as much as 0.4 litres per 100km and can coast for up to 40 seconds with the combustion engine deactivated.

Married up with an eight-speed tiptronic and featuring Quattro all-wheel drive, it delivers 700Nm of torque and accelerates to 100kph in a time of 4.8 seconds for the S5 Coupé, 4.9 seconds for the S5 Sportback and 5.0 seconds for the V6-TDI, with the S6 Avant and S7 Sportback taking a tenth of a second longer. The top speed is electronically limited to 250km/h.

The new unit also uses an electric-powered compressor that brings increased torque at the lower end of the rpm range compared to a traditional turbocharger.

The S5, S6 and S7 models also come with an optional sport differential, sport suspension with the option of adaptive damper control and an S-specific power assist steering system for the S5 with dynamic all-wheel steering on the other models.

A range of exterior and interior styling changes complement the new models, including sport seats for the S5 and S6 and super sport seats in the S7, along with latest MMI infotainment and navigation functionality.