Volvo will launch its first ever electric-only model this summer; a coupé-SUV which indirectly replaces the V40 hatchback, and will only be sold online. 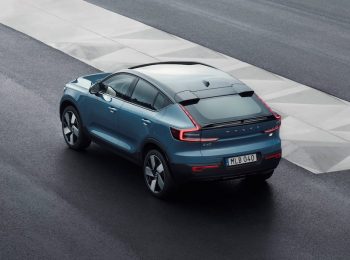 The C40 Recharge will be Volvo’s first EV-only product

It follows the announcement that the carmaker will phase out everything except hybrid and electric models by 2025, with all combustion engines discontinued by the end of the decade. These will be sold exclusively online, with a limited set of fixed trim levels enabling faster delivery, and each will include bespoke all-season tyres.

The C40 Recharge is spearheading those plans. It’s a high-riding five-door coupé with a hatchback tailgate, and features electric motors at both axles. Although unconfirmed, the gross battery capacity of 78kWh suggests the powertrain will the same 402bhp system used by the XC40 and Polestar 2, with which it shares a platform. This will offer a WLTP range of 420km, which Volvo says will be extended by efficiency improvements delivered through over-the-air updates after it has been registered.

It also marks the first use of an Android operating system, similar to that used by the Polestar 2, and it features a 100% leather-free cabin. Prices have not been confirmed yet, but sales will begin during the summer.