By Natalie Middleton / 2 days ago / News / No Comments

LEVC has said it’s still on track to launch its VN5 range-extender van despite having paused general vehicle production at its Coventry manufacturing plant in the UK. 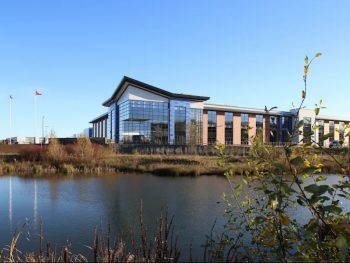 Revealed last autumn at a European debut event in Frankfurt, the van will carry the recently announced VN5 moniker and will feature the same e-City range-extending technology as the TX taxi, positioning it as a cleaner alternative to one-tonne medium-sized diesel vans for ‘distribution-to-door’ – not just last-mile – services.

LEVC has said the VN5 is still planned for launch in Q4 this year, despite today’s announcement of a temporary extended closure of its manufacturing operations in Coventry, Ansty in response to the coronavirus pandemic.

An extended three-week shutdown period will now commence on 30 March, replacing the planned one week at Easter.​​

Commenting on the temporary shutdown, LEVC CEO Joerg Hofmann said: “LEVC is committed to the wellbeing of our employees and keeping all jobs secure throughout this difficult period. Our strategic direction remains on track and, with high levels of customer demand and further growth planned this year, taking these measures to adjust production now will ensure that we are ready to react and supply the markets again as soon as possible.”