Mazda has released key economy information on its long-awaited Skyactiv-X engine – that benefits from diesel-like compression ignition in a petrol engine, leading to reduced fuel consumption and low CO2. 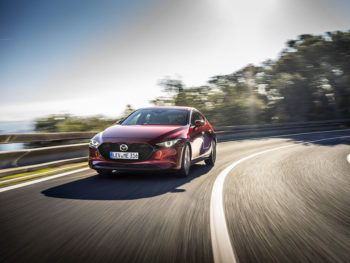 Making its debut in the Mazda3, Mazda’s Skyactiv-X engine has gone on sale in select European markets, with first customer deliveries expected in Autumn.

The engine features Mazda’s Spark Plug Controlled Compression Ignition (SPCCI) technology, the 2.0 litre, four-cylinder Skyactiv-X engine is the world’s first commercial petrol unit to combine the spark ignition of a petrol engine with the compression ignition of a diesel.

The new engine technology is said to offer the free-revving performance of a petrol, with higher amounts of torque thanks to increased compression and a more complete fuel burn, similar to how a diesel engine operates. The Skyactiv-X engine will have a maximum power output of 180hp and 224Nm of torque. Skyactiv-X achieves WLTP-measured fuel economy of up to 4.3l/100km and produces CO2 emissions from just 96g/km (NEDC Correlated) – depending on transmission and wheel size.

The engine will additionally be equipped with Mazda’s 24V mild-hybrid ‘M Hybrid technology’ as standard.