Opel’s Zafira e-Life electric MPV is now on sale, offering seating for up to nine and an official range of up to 330km. 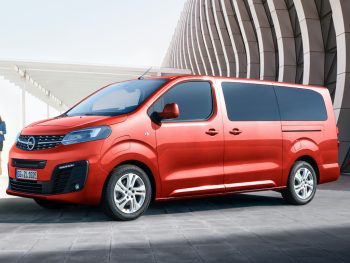 The Opel Zafira-e Life is on sale now

Based the same Efficient Modular Platform (EMP2) as its diesel siblings, the Zafira-e Life is powered by a 136hp electric motor with 260Nm of torque, giving a 0-100km/h time in 13.1 seconds. Two lithium ion battery sizes are offered, depending on the market, and include a 75kWh pack with a WLTP range of up to 330km or a 50kWh battery with a range of up to 230km, supported by regenerative braking. Both batteries are covered by an eight-year/160,000km warranty. Depending on the market and infrastructure, the Zafira-e Life features either a three-phase 11kW or a single-phase 7.4kW on-board charger as standard.

Drivers can also make use of the ‘OpelConnect’ app, enabling them to use their smartphones to check the battery’s state of charge or programme air conditioning and charging times.

The ‘Charge My Car’ function from the ‘Free2Move Services’ app enables access to more than 195,000 charging points throughout Europe, including payment. The app makes a preselection based on the distance to the charging point, the charging speed and the current charging price of the possible public charging options.

Onboard equipment include availability of the Multimedia and Multimedia Navi touchscreen infotainment systems – which both feature Apple CarPlay and Android Auto.