Oslo on track for emissions first

Oslo is set to be the first city to cut all emissions from its transportation network – closely followed by other European cities such as London and Amsterdam. 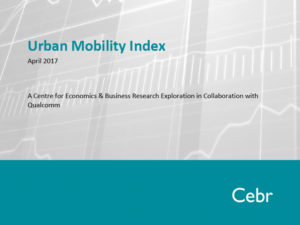 The report assesses the progress of 35 international cities towards achieving a zero emissions transportation system.

That’s the finding of a newly launched Index by Qualcomm and the Centre for Economics and Business Research (Cebr), which assesses the progress of 35 international cities towards achieving a zero emissions transportation system.

The research finds that other European cities including Zurich, Copenhagen and Madrid are also clear leaders in deploying an emissions reduction strategy helped by advanced economic development, recent decades of investment in sustainable infrastructure and a sophisticated approach that combines a broad range of initiatives.

In contrast, the research finds North American cities such as San Francisco, Los Angeles and New York are being held back by a love of petrol cars and reluctance among leaders to use strong regulation and penalties to change behaviour, which are already common tactics in Europe.

The report adds that Asian cities including Tokyo, Beijing, Shanghai and Singapore are the most ambitious in the solutions they imagine and are investing heavily in visionary technologies, but are facing huge challenges to reduce their current high levels of congestion and pollution.