PSA to supply compact van to Toyota under latest collaboration

Groupe PSA and Toyota have announced the terms of their latest deal, which will see PSA provide Toyota with a compact van while exiting its shareholding in the manufacturers’ small car production JV in the Czech Republic. 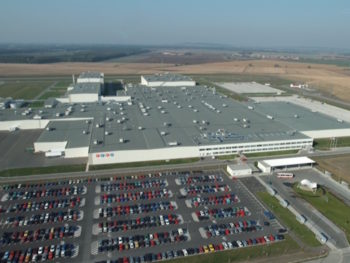 Toyota will take financial ownership of the TPCA plant in the Czech Republic, which will continue to produce the brands’ city cars

The two firms have a long history of collaboration and the latest agreement, said to allow each company to play to its strengths, will see PSA expand the range of commercial vehicles supplied to Toyota Motor Europe for sale in Europe under the Toyota brand by including a compact van from its Vigo plant in Spain. This will take effect from the end of 2019 and will bring development and product cost optimisation benefits.  Toyota will participate in the development and industrial investment costs for the future LCV.

It builds on PSA and TME’s collaboration on mid-size light commercial vehicles, started in 2012 with the Toyota Proace, produced at Groupe PSA’s Hordain plant, in France.

The TPCA joint venture was created by PSA and TMC in 2002 and included a review clause that allowed each partner to reconsider their shareholding.

The plant will become a subsidiary of TME, joining the seven other plants Toyota already operates in Europe.

TMC executive vice president Didier Leroy said: “Today’s announcement reflects the complementarity and excellent relationship that exists between Groupe PSA and Toyota. Our agreement allows each company to play to its strength, while sharing technology and development costs. Our commitment to the Kolin plant demonstrates Toyota’s philosophy of producing cars where we sell them and our long-term manufacturing presence in Europe.”