The BVRLA has released its Company Car Report, providing a definitive guide to the number of company cars, the type of people that drive them and manage them, and what motivates their decisions. 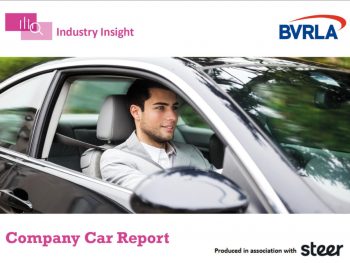 The report finds that some 1.8 million ‘true fleet’ company cars were operated in 2019, down from 2.0 million in 2018; but various factors could affect the market looking ahead

The report finds that some 1.8 million ‘true fleet’ company cars were operated in 2019, down from 2.0 million in 2018, based on MVRIS sales data and member data from BVRLA.

In fact, the true company car market has been reducing each year since 2017, although HMRC data has been skewed by payrolling issues. While recently published provisional HMRC Benefit-in Kind data for 2018/19 indicated that there were some 870,000 people taking a company car that year, down 30,000 (or 3.3%) from 2017/18, HMRC has said the decline in company car uptake since 2016 is likely due at least in part to an issue with voluntary payrolling.

But the effects of the Covid-10 pandemic could put downward pressure on overall new registrations and the company car market as a whole, in the short to medium term.

The BVRLA also looked at the total numbers of cars used for business travel, which is estimated at 12.3 million, including some 10.5 million ‘grey fleet’ vehicles, which make up 85% of the sector.

Focusing specifically on the grey fleet market, the BVRLA reports that 77% of these vehicles are used for private sector business, 21% by public sector employees and 2% paid for through cash allowance.

Linked to this, the average CO2 emissions per km are also much lower for company cars than grey fleet. Lease cars average 111g/km while cars on salary sacrifice average even lower, at 103g/km. But grey fleet cars come out an average of 131g/km and the cash allowance average is 143g/km. This gives an overall average of 142g/km for the UK car fleet.

The data also reveals that the vast majority of company cars (96% for lease cars and 100% for salary sacrifice) are Clean Air Zone-compliant, whereas only 60% of grey fleet are.

Much more research is also included in the report.

BVRLA chief executive Gerry Keaney said: “The company car is the lifeblood of the motor finance sector and a vital tool for thousands of businesses, but as a market, it is very difficult to pin down.

“It often feels as if no two people have the same definition of what a company car is, how many of them there are, or where the sector is going.

“BVRLA members own and manage hundreds of thousands of company cars, so if anyone can produce a definitive guide to the market, it should be us.”