Toyota, BMW, Daimler and Volkswagen have become the latest carmakers to suspend production in Europe in response to the Covid-19 emergency. 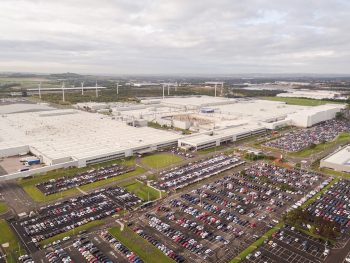 Earlier this week, Fiat Chrysler Automobiles, Ford and Groupe PSA said they were temporarily suspending production at various plants in Europe in response to anticipated downturns in demand and to manage the risks.

Since then, Renault has halted production activities at its production sites in France until further notice, both to protect employees and in compliance with the measures taken by the French government.

Now, Nissan has confirmed it’s halted production at its Sunderland site until the end of the week and stands ready to support any initiatives where its manufacturing and engineering expertise can be useful.

Toyota has already suspended production at its facility in Onnaing, France, while its UK plants in Burnaston and Deeside and Polish plants in Walbrzych and Jelcz-Laskowice will halt work from Wednesday 18 March. This will be followed by the Toyota Peugeot Citroen Automobiles plant in Kolin, Czech Republic on 19 March and its Turkish plant in Sakarya on 21 March.

It added that the acceleration of the coronavirus in various European countries or regions and the associated ‘lockdown’ measures meant “an uncertain short-term sales outlook and difficulties in logistics and supply chains are being felt and will increase in the next weeks”.

Daimler has also taken the decision on suspension of the majority of its production in Europe, initially for two weeks, in a “proactive and proportionate decision to prepare for temporarily lower demand and to protect the company’s financial strength”.

The suspension, which is also intended to help protect the workforce,  applies to Daimler’s car, van and commercial vehicle plants in Europe and will start this week. It will also pause work in selected administrative departments. Full operations will be resumed when the situation improves.

The carmaker said it was also assessing global supply chains “which currently cannot be maintained to their full extent” and added that “the economic effects on Daimler cannot be adequately determined or reliably quantified at this time”.

BMW has said it will suspend production at its plants in Europe and Rosslyn, South Africa, from the end of this week until 19 April.

“We take our responsibility seriously, both when it comes to ensuring the protection and health of our employees and to achieving the best possible balance in terms of profitability,” CEO Oliver Zipse said.

Separately, Rolls-Royce Motor Cars has announced that production at the company’s Goodwood-based manufacturing plant will be suspended from Monday 23 March for two weeks, followed by an already-planned two-week Easter maintenance shutdown.

Plants operated by the Volkswagen Passenger Cars brand have also stopped production for two weeks; the response to the “the accelerated rate of infection by coronavirus, the resulting interruption in supply chains and the rapid decline in demand on the automotive markets”.

Initially, the factories are therefore expected to remain closed for two weeks. For the affected German sites, the measures are to apply from the end of the late shift on Thursday.

VW also said that risks in connection with suppliers’ supply chains are also increasing. This is due to the significantly accelerated rate of infection by coronavirus and the resulting measures taken by the authorities.

In the US, carmakers are yet to announce full plant shutdowns although they’re believed to be on the cards.