By Alex Grant / 4 years ago / Motor Show, News / No Comments

Toyota is sticking with hydrogen fuel cell technology despite pressing ahead with research into longer-range solid-state batteries, revealing two concepts at the Tokyo Motor Show to showcase the technology. 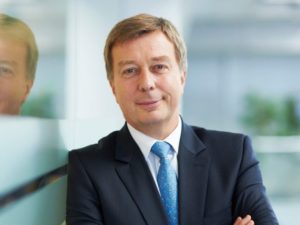 Revealed as the carmaker marks 20 years since the first Prius was revealed in Tokyo, the Fine-Comfort Ride luxury saloon features the brand’s latest-generation fuel cell system to target a range of 1,000km on a full tank. This was shown alongside a fuel cell bus, due to launch in 2018 and with a fleet planned for the 2020 Olympic and Paralympic games.

But the company said its success with hybrids – claimed to be a 43% share of the global electrified vehicle market, with 37 models sold in 90 countries worldwide – was also a good foundation for pure electric vehicles. Toyota recently signed a joint venture with Mazda and Denso, and is hoping to have solid-state batteries in production vehicles within a few years, providing longer ranges and significantly shorter charging times than today’s technology.

Speaking at the event, executive vice president, Didier Leroy, said: “We believe our solid-state battery technology can be a game-changer with the potential to dramatically improve driving range. We are the leader in the field in terms of intellectual property, and currently we have more than 200 engineers working hard to be able to commercialize this technology sometime in the early 2020s.”