Vauxhall’s Ellesmere Port in the UK will resume car production mid-August, exactly five months after it halted work due to the pandemic. 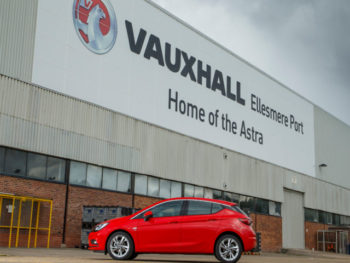 Vauxhall’s Ellesmere Port plant is to restart on 17 August; exactly five months after it was shuttered due to the pandemic

The plant, which makes the Astra, closed mid-March along with parent firm PSA’s other facilities across Europe. Although Vauxhall said in April that the plant had deployed a protocol of reinforced health measures, with a view to reopening, it’s the first time a definitive date has been announced.

It’s one of the last carmakers to reopen work in the UK; PSA, Honda and BMW as well as Nissan and Toyota all resumed work at their facilities in May and June.

The reopening at Ellesmere Port comes after a protocol of reinforced health measures was fully audited and greenlit by trade union Unite. The protocol comprises more than 100 measures covering all the company’s activities at industrial, administrative, R&D and commercial level.

Groupe PSA has also announced that its Luton site, which produces the Vauxhall and Opel Vivaro, Peugeot Expert and Citroën Dispatch vans, has introduced a third shift.

Activity at the site commenced on 18 May with one shift after the deployment of a protocol of reinforced health measures. Growing demand for the vans prompted a second shift from 1 June and the third shift came into effect on 12 July to increase output at the site.

In agreement with Unite, 188 volunteer employees from the Ellesmere Port plant and the Parts Distribution Centre in Luton are assisting the workforce at Luton on a temporary basis bringing the total workforce there to 1,750 staff.

Previous: FCA and PSA to rebrand as Stellantis once merged
Next: Ford and ALD tie up on pan-European fleet leasing and management solution