An electric vehicle project that will see up to 3,000 electric vans tested with UK fleets from mid 2019 has been given the green light. 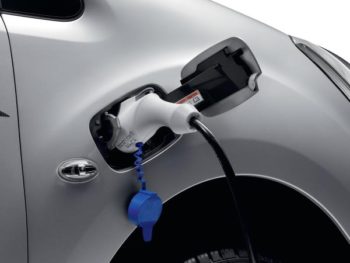 The three-year project will see up to 3,000 electric vans tested in the UK

Led by global data technology solutions provider Hitachi Vantara and electricity distributor UK Power Networks, the ‘Optimise Prime’ trial has now been approved by Ofgem and will see the vehicles put to the test by Centrica, Uber and Royal Mail in the South East, South Central and East of England.

The three-year project is “intentionally vehicle agnostic” and will look at depot, home, and on-the-road charging scenarios to explore what the switch to EVs means for the cables and substations that deliver electricity to the community as well as for businesses and drivers needing to charge the vehicles. to 40% of new vans to be ultra low emission by 2030

The project findings – said to mark the largest cross-industry datasets on commercial EV charging and use – will be shared openly with the intention of using them to develop solutions that cut the cost of owning and running electric vehicles, such as charging EVs outside the electricity network’s peak times.

The project will cost nearly £35m, of which £18m will be funded through partner contributions, and an additional £16.6m will come from Ofgem via its Network Innovation Competition. The organisation added that its funding will deliver total savings of more than £200 million – equivalent to 12 times the funded amount – in benefits to UK electricity customers.

The project has been welcomed by Shirley Rodrigues, deputy London mayor of environment and energy, who said: “I welcome this ambitious project which will support the work of the Mayor’s Electric Vehicle Infrastructure Taskforce and proves the wider roll out of electric fleets is both essential for cleaning up toxic air quality and vital to the good growth of our city. I’m pleased that trials begin early next year shortly before the 24 hour Ultra Low Emission Zone is introduced in April 2019 in central London.”