Zero-tolerance limit could slash drink-driving fatalities in the EU

Introducing a zero-tolerance drink-driving limit in 2020 as part of a package of measures could help prevent up to 5,000 alcohol-linked road deaths every year. 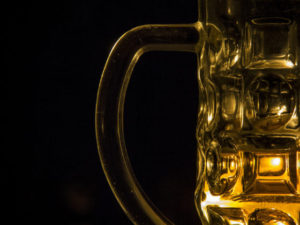 Although around 2,654 people were officially recorded killed in alcohol-related collisions in 23 EU countries in 2018, according to a new report by the European Transport Safety Council, the true figures are likely to be significantly higher due to underreporting and problems with data collection. In fact, a quarter of the 25,000 EU road deaths each year are likely to be linked to alcohol, according to European Commission estimates.

And with the EU having recently set a target to reduce deaths and serious injuries on the road by half by 2030, the ETSC says more urgent action is needed, in particular in the UK, Cyprus, Belgium, Estonia, Hungary, Sweden and Slovakia, which all appear to be tackling drink-driving at a slower rate than the overall progress.

While the ETSC has long been calling for a blanket zero-tolerance drink driving approach across Europe, currently only seven out of 28 EU countries have a standard Blood Alcohol Concentration (BAC) limit that’s effectively equivalent to zero tolerance, while still allowing for consumption of certain medicines, or drinks marketed as alcohol free. Many countries also set lower limits for professional and/or novice drivers.

Other measures advocated by the association including the fitment of alcohol interlock devices in professional vehicles such as lorries, coaches and vans as well as requiring their use by repeat drink-driving offenders plus first-time, high-level offenders. This builds on the work of new EU legislation, agreed earlier this year, which will require all new vehicles from 2022 to be capable of being fitted with an alcohol interlock via a standard interface between the vehicle and the device.

The ETSC is also calling on EU Member States to improve data collection of alcohol-related deaths by, for example, mandating systematic alcohol testing of all road users involved in a collision with injury. And it says Member States also need to step up enforcement and introduce national targets for the number of roadside checks.

Ellen Townsend, policy director of ETSC, said: “Almost 70 years since the first scientific evidence was published on the link between drink-driving and road deaths – it is impossible to accept that thousands of families are still being ripped apart every year in the EU because of it.  In 2020, we want to see the EU and Member States, coming up with a vision to end drink-driving once and for all with a combination of zero-tolerance limits, a big step-up in enforcement and wider use of technology such as mandatory use of alcohol interlocks in buses, lorries and vans.”