Both vehicles and fuel need to be decarbonised to help ensure the UK’s net zero by 2050 targets, a new report suggests. 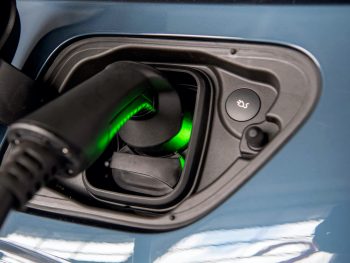 Commissioned by firms including Honda, Aston Martin, Bosch and McLaren, the report on ‘Decarbonising Road Transport: There is no Silver Bullet’ slams the Government’s confirmation last week that it will ban the sale of new petrol and diesel cars and vans by 2030. Instead, it says policy makers should adopt a range of technology solutions to support a more rapid drive to net zero.

It supports this by saying that research proves that the manufacture of electric vehicles generates 63% more CO2 than its petrol or diesel equivalent. And the firms involved in commissioning the report call on manufacturers to follow the lead of Polestar and VW in being more transparent about the emissions generated during the production of each model, using a lifetime carbon footprint approach.

Polestar for example outlined earlier this year that its new 2 electric five-door fastback would need to rack up some 48,000 miles before its lifetime carbon footprint will become lower than that of a diesel-engined Volvo XC40. However, it does have a lower environmental impact over its lifetime than the Volvo.

Wading into the debate for the report, former Aston Martin chief Andy Palmer said it was vital to understand there were many routes to net zero.

“You can demand zero CO2 from the tailpipe but a lot of CO2 is then produced in manufacturing,” he said. “And while synthetic fuels are not CO2-free at the tailpipe, they can be at production and expulsion. There are lots of solutions and it’s important we make that distinction.”

Instead, Bosch, also involved in the report, has said the Government should leave it to engineers to sort the issue.

The report also says that fuel, not the vehicle, should be decarbonised as it warns of “the desperate need” to address the legacy fleet of 40 million vehicles on UK roads, 10% of which are more than 20 years old.

“We need to do more than just electrify the fleet,” said Andy Eastlake, managing director of the Low Carbon Vehicle Partnership – which also contributed to the report alongside bus company Optare and the Renewable Transport Fuel Association. “We are still selling diesel and petrol cars, the engines of which could play out until 2050, so we have to look at decarbonising fuel.”

It’s a comment echoed by Matt Western MP, chair of the All Party Parliamentary Groups for Motor and Electric Vehicles, who said we should not be fooled into thinking the 2030 ban alone will solve the problem.

“We need to address the decarbonisation of both vehicle and fuel to have any real hope of meeting our CO2 reduction ambitions,” he explained.

And while Western did say that a clear target for ending the sale of petrol and diesel cars was vital for the industry to prepare for a managed transition to a cleaner future, he echoed Bosch in saying the industry would be best left to find solutions.

“The UK is home to some incredibly innovative companies and research institutions. We should foster their creativity by taking a technology-neutral approach to our emissions reduction ambitions, allowing the industry to do what it does best; innovate.”

The report continued: “There is a golden opportunity in a post-Brexit, post-coronavirus world for the UK to become the global leader in state-of-the-art zero-emission technology, but we must find a way to support both the technology development and the industrial development that follows.”

An initial response to the report has already come in from Octopus Electric Vehicles, quashing the findings.

CEO Fiona Howarth said: “Studies have consistently shown that EVs emit significantly less lifetime emissions than internal combustion engine cars. In 95% of the world, driving an EV is better for the climate than a petrol car and in countries like Sweden and France, where most electricity is low carbon, emissions are around 70% lower – a massive environmental benefit. Unlike their fossil fuel counterparts, EVs also get cleaner as we decarbonise our energy grids.

“If we’re serious about tackling the climate emergency, there is no question that we should all aim to walk, cycle and take public transport where possible, but if you’re going to drive make it electric.”