All new smart motorways in UK to get extra safety measures

No more smart motorways will be deployed in the UK without additional safety measures being put in place from the outset. 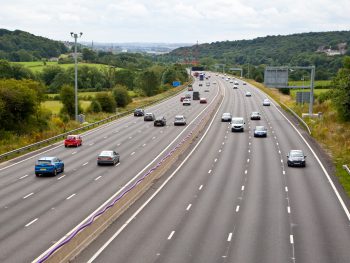 The Government has said that despite the data showing that fatalities are less likely on All Lane Running motorways than on conventional ones, this doesn’t mean drivers necessarily feel safe on them

The technology has long been called for by motoring and road safety groups but a series of fatal accidents that have unfortunately seen stationary cars hit from behind has further underscored the need for it to be deployed, and Transport Secretary Grant Shapp said he was “determined to ensure that technology and exacting standards are in place”.

Highways England will also upgrade to special cameras monitoring ‘red X’ signs 10 months earlier than planned, so that they can be used to spot and prosecute motorists illegally driving in closed lanes.

It will also install around 1,000 additional approach signs six months earlier than planned, alerting drivers to their nearest SOS area – also known as emergency refuge areas (ERAs) – and will speed up work to revise The Highway Code to provide more guidance about driving on high-speed roads.

The pledges come as Highways England published its Smart Motorways Stocktake First Year Progress Report 2021, setting out the progress it has made against an 18-point package of measures published last year intended to redress safety issues with smart motorways.

The progress report also revealed latest data indicating again that smart motorways are safer than conventional motorways. The figures, covering the five years from 2015-2019 inclusive, show that ALR motorways are one of the safest types of road in the country, and drivers on a conventional motorway are 33% more likely to be involved in a fatal accident than drivers on an ALR motorway.

Transport Secretary Grant Shapps said: “Despite the data showing that fatalities are less likely on All Lane Running motorways than on conventional ones, this doesn’t mean all drivers necessarily feel safe on them.

“That is why I tasked Highways England last year with delivering an Action Plan to raise the bar on safety measures even higher. This progress report shows the extensive work already carried out, but we want to do more.”

Smart motorways have frequently been in the headlines in 2021, including in January when an inquest into the deaths of two people on a smart motorway section of the M1 motorway saw the coroner David Urpeth call for a smart motorway review, saying motorways without a hard shoulder carry “an ongoing risk of future deaths”.

And in February 2021, a coroner decided to refer Highways England to the Crown Prosecution Service (CPS) for a possible charge of corporate manslaughter following the death of a 62-year-old woman on a stretch of smart motorway.

Last year saw MPs on the All-Party Parliamentary Group (APPG) for Roadside Rescue And Recovery say that all-lane running schemes had been rolled out in the UK with “a shocking degree of carelessness” and without taking necessary steps to ensure the safety of motorists and recovery operators.

Opponents of smart motorways have also pointed out that all-lane running schemes have had a current live lane breakdown rate of 38% – nearly double that of the 20.43% on traditional motorways – and that where radar-based Stopped Vehicle Detection (SVD) systems are not in place, it takes Highways England more than 17 minutes to spot a broken-down vehicle in a live lane. Yet they’re currently just on 25 miles of smart motorway on the M25.

The latest commitments by Highways England to speed up the smart motorway updates have been welcomed by independent road safety campaigner, Meera Naran, whose eight-year-old son Dev died in a motorway accident on the M6 in 2018.

She said: “This is a positive step in the right direction in making our roads safer through the use of available technology.

“I’m determined to ensure there is an on-going commitment from ministers and executives that we continue to improve road safety and implement all the changes from the action plan.”

Road safety organisations also cautiously welcomed the new pledges. Mary Williams, chief executive of Brake, said: “Highways England must be certain, based on hard evidence, that every change it makes to our motorway network helps prevent such a tragedy, and after making a change, it must keep a close eye on safety and undertake a full review of the causation of any crash.”

She also said reiterated calls for SOS areas to be a focus; last year’s 18-point package of measures included a pledge to reduce the distance between such areas to three-quarters of a mile where feasible and a maximum of one mile by installing additional emergency areas.

Mary Williams added: “There are still vehicles out there that do not have the latest safety features, and that are more liable to breakdown due to their age. This is a matter of equity. We need to design our roads so everyone is equally safe, now, as well as for a better tomorrow.”

The AA also said that SOS areas were a main priority. AA president Edmund King commented: “The number one improvement advocated by the AA and our members is to increase the number of emergency refuge areas and retrofit them to older schemes to ensure they are placed at approximately 0.75 miles apart. More ERAs, together with improving the accuracy of stopped vehicle detection radar, should be the urgent priorities.”

The AA also said an urgent investigation should be conducted into the need for new ‘smart’ motorway expansion, pointing out that revised climate change targets and more home working may negate such needs.

And IAM RoadSmart said that while it supported the earlier introduction of SVD technology and more frequent SOS areas, there is also a need for better education and information for smart motorway users.

CEO Tony Greenidge commented: “We believe that high quality and frequent education is needed to deliver ongoing reassurance to drivers and riders. A new education course and swift penalties for those drivers who put others at risk is also being proposed, to be effective this must be backed up by more traffic police to ensure the new powers are used. The plans to automatically enforce Red X violations from 2022 are much needed.”