Thatcham Research has reiterated its ongoing appeal for further clarification and education on driver assistance features following a Tesla crash in the US that saw two men killed. 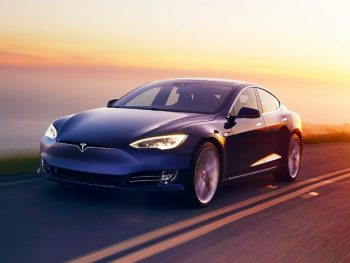 The crash took place in Texas at the weekend in a 2019 Tesla Model S that hit a tree. According to reports, nobody was present in the driver’s seat at the time of the incident and it’s believed that the Autopilot mode has been activated.

Since then, Tesla chief executive Elon Musk has denied that the carmaker’s driver assistance technology was to blame.

In a tweet, Musk said that company checks had showed the Autopilot was not engaged and that the carmaker’s Full Self-Driving (FSD) system had not been purchased on the car.

It’s believed that the crash will now be investigated by the National Highway Traffic Safety Administration (NHTSA), which regulates vehicle safety and has previously investigated other Tesla crashes to explore links with the AutoPilot system. It is also being probed by the National Transportation Safety Board (NTSB), which last year released the results of its investigation into the death of a driver using an Tesla Model X in Autopilot mode, which indicated that the driver was playing a video game at the time of the crash in March 2018.

It’s the latest controversy for Tesla’s driver assistance tech; last year saw a court in Munich rule that Tesla had exaggerated promises about its so-called ‘self-driving’ technology, with the carmaker’s use of the term ‘Autopilot’ coming under strong scrutiny.

Commenting on last weekend’s crash, Matthew Avery, director of research at Thatcham Research, said the incident was an “incredibly sobering illustration as to why education and correct naming are so important to the safe use of driver assistance systems”.

“A lack of understanding of system capability is causing confusion around driver responsibility, and accidents like this sadly back that up,” he continued. “We urgently need government, carmakers and insurers to collaborate to develop effective safety assurance systems, and to engage in wider consumer education to ensure the safe adoption and use of advanced assisted driving systems.”

Speaking to Fleet World back in 2018, Avery said the car sector should be differentiating between assisted driving and automated driving, and called for the fleet sector to play its role in educating drivers on how to use the technology and to instill in them that the driver remains in charge at all times.

Previous: Road fatalities rate in EU falls to all-time low
Next: All new smart motorways in UK to get extra safety measures