Jaguar Land Rover and BMW Group have confirmed a collaboration between the two companies to deveop the next generation of electric drive units (EDU). 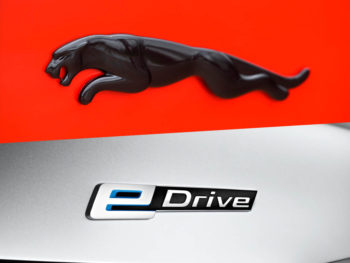 Up until now, the companies have separately developed their own electric motors, with the Jaguar I-Pace and Range Rover plug-in hybrid models using a bespoke drive unit, while BMW has been using its own proprietary electric motors since it launched the i3 in 2013.

The BMW Group’s most sophisticated electrified technology to date features an electric motor, transmission and power electronics in one housing, and does not use rare earth materials. This ‘Gen 5’ eDrive motor will first appear in the BMW iX3 due in 2021, and will form the basis of subsequent evolutions launched together with Jaguar Land Rover.

“We see collaboration as a key for success, also in the field of electrification. With Jaguar Land Rover, we found a partner whose requirements for the future generation of electric drive units significantly match ours. Together, we have the opportunity to cater more effectively for customer needs by shortening development time and bringing vehicles and state-of-the-art technologies more rapidly to market,” said Klaus Fröhlich, member of the Board of Management of BMW AG, Development.

The agreement will allow both companies to benefit from economies of scale, as well as share knowledge already gained from producing drive units in existing models. Electric drive units produced as a result of the collaboration will be catered to the specific requirements of the respective end-products they’re used in.

Nick Rogers, Jaguar Land Rover engineering director said: “The pace of change and consumer interest in electrified vehicles is gathering real momentum and it’s essential we work across industry to advance the technologies required to deliver this exciting future.

“It was clear from discussions with BMW Group that both companies’ requirements for next generation EDUs to support this transition have significant overlap making for a mutually beneficial collaboration.”

Jaguar’s EDUs will be manufactured in the UK as its Wolverhampton-based Engine Manufacturing Centre (EMC), which employs 1,600 people and also produces the Ingenium petrol and diesel engines. In turn, this will be complemented by the Battery Assembly Centre at Hams Hall, near Birmingham, in supplying electrified powertrain systems to Jaguar Land Rover’s global vehicle plants.

Both companies also compete in the electric Formula E race series, though no mention was made on whether the commercial tie-up will affect this.