BMW Group has announced a recall of its plug-in hybrid vehicles due to a potential risk of a battery fire. 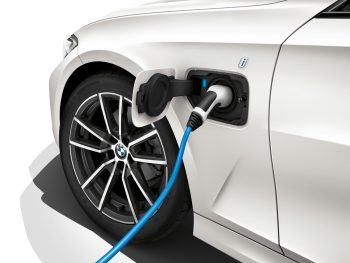 The recall affects vehicles built between 20 January and 18 September 2020 and covering plug-in hybrid versions of the 3, 5 and 7 Series, the X1, X2, X3 and X5 SUVs, the 2 Series Active Tourer and the Mini Countryman.

In total, some 26,700 BMW Group cars are affected globally but only around 3,000 vehicles have been delivered.

The issue lies with foreign contaminants that have entered the battery packs during the production process and could, when the battery is fully charged, lead to a short circuit within the battery cells, which may result in a fire.

In a statement, the company said: “BMW Group has launched a worldwide safety recall and stopped delivery of a small number of plug-in hybrid vehicles as a preventative measure to check the high-voltage battery.”

It added that no vehicle fires had occurred in the UK to date as a result of this issue.

BMW is working on a solution but has advised drivers to leave the cars in the standard ‘auto comfort’ drive setting at all times and not to charge the vehicles.

Earlier this year, Ford also issued a recall on its newly launched Kuga PHEV due a potential fire risk. The risk applied to vehicles built before 26 June 2020 and related to issues with the  operation of the battery and, in particular, in the way that the car dissipated the heat from the battery. In a handful of cases, Ford said this led to overheating resulting from the venting of the battery that had the knock-on effect of causing a fire. As with the new BMW Group recall, affected customers were told not to charge the  battery and to only operate the car in standard EV Auto mode.

In addition to sorting the recall work, Ford also offered its customers three years of maintenance service and said it would send all affected customers a fuel card for use at BP petrol stations to the value of £500.