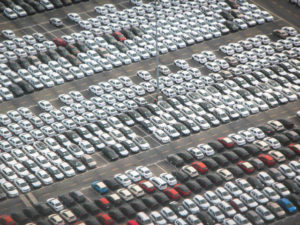 Figures from the European Automobile Manufacturers Association (ACEA) show registrations dipped 0.4% last month to a total of 1,303,787 new registrations. Performance from the five largest markets from the five largest markets was mixed; Spain (+2.6%), Italy (+1.5%) and France (+0.4%) showed slight gains compared to April 2018, but demand in the United Kingdom (-4.1%) and Germany (-1.1%) fell at the same time.

Meanwhile year-to-date demand was down by 2.6% compared to the first four months of 2018, counting 5.3 million units registered in total. The German and French markets remained almost flat, while registrations declined in Italy (-4.6%), Spain (-4.5%) and the UK (-2.7%).