Next month’s Commercial Vehicle Show 2020 has been cancelled in response to the Covid-19 pandemic, with the organisers looking into the possibility of postponing it to a later date. 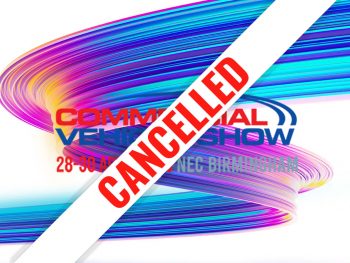 The event had been due to take place at the NEC Birmingham from Tuesday 28 April to Thursday 30 April, providing a raft of unveilings, from new van debuts to the latest fleet management technology.

However, given the ongoing situation with the coronavirus crisis together with guidance, issued by the Government on Monday evening (16 March) that all mass gatherings are to be avoided, the organisers said that sticking to the April date was untenable.

As with the cancellation of the Geneva Motor Show at the end of February and the resultant digital debuts of new car launches, it could mean manufacturers turning to virtual unveilings of new products or shelving them to a later date. Key unveilings scheduled to have taken place at the show included the UK debuts of the Citroën e-Dispatch, Peugeot e-Expert and Vauxhall Vivaro-e trio of electric vans from PSA and Toyota’s launch of its new Proace City compact van. LDV, which is now rebranding as Maxus, was due to have its all-new Deliver 9 and its new E Deliver 3 EV (formerly known as the EV30) at the show, while LEVC was debut its newly named VN5 range extender van.

Many of these vehicles have already been tested by the Van Fleet World team, with reports due in the next issue of the magazine as well as online.

Prime Minister Boris Johnson said yesterday he believes the UK can “turn the tide” against the outbreak within the next 12 weeks and the country can “send coronavirus packing”. Current advice is that peak infections are expected around mid-May, with most people expected to contract the virus between late May and late June. However, the virus will not disappear after this date.

The CV Show’s said it would be contacting exhibitors in due course and thanked the industry for its continued support “during this most challenging and unprecedented of times”.

To stay in touch with the latest industry announcements, subscribe FREE to Fleet World‘s daily e-newsletter and digital magazine service at www.fleetworldsubscriptions.co.uk.