The Czech Republic automotive sector has matured greatly over the past 12 months according to Rene Buzek, managing director of Autorola Czech Republic, with vehicle manufacturers leading the charge. 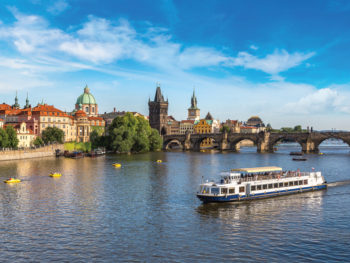 Demand for new vehicles within the Czech Republic is high

With a stable economic and political base, demand for new vehicles within the Czech Republic is high and has seen vehicle manufacturers turn their attentions on improving business infrastructures via the implementation of workflow management tools to enhance automation. These improvements have been led by Fleet Monitor from Autorola Solutions.

We have witnessed an increasingly structured way of working within the market, which has been positive for business and seen demand for our ‘Solutions’ product increase. We are on the cusp of starting up some new projects with OEMs within the market with a view to enhancing their processes and workflows.

However, while many have made major strides in a bid to future-proof their businesses, there is also a proportion of the market that has fallen behind the curve.

The leasing sector is what we describe as overloaded with vehicles at present. With vehicle sales channelled through to the retail sector, holding out for unrealistic residual values has meant higher levels of stock and high stocking day levels. The private buying market is simply not absorbing the volume of vehicles coming to market. With this, banks are showing signs of nervousness and applying pressure on lease companies to ensure they speed up used sales so they can see return on investment.

From our perspective this challenge is a great opportunity. We are working together with the leasing sector to relieve the pressures to find the right pricing models and to keep stock days under control.

An oversupply of vehicles creates stock issues and this can then mean the pressure has to be relieved by releasing stock, at a discounted rate, to trade buyers. We are therefore using

Solutions to educate and coach the leasing sector about which vehicles to dispose of via which channel to optimise both stocking days and pricing.

Despite the overall used car sector being buoyant, the challenge of choosing the correct channel for disposal of certain vehicles has also seen a steady rise in the volume of vehicles being exported. With certain ‘lower specification’ vehicles becoming less desirable as the market matures, some of the major vehicle handlers are turning to export as a means of disposing of the surplus domestic stock.

However, as the lower specification vehicles leave the market via export, the import market is steadily developing with the demand for higher-specification, lower-mileage vehicles rising. In line with the new sector, over the past 12 months the demand for such vehicles is too, very positive. These imported vehicles are entering the market from Austria, Belgium and, predominantly, Germany.

Although the market has and continues to evolve at pace, some of the current major global challenges appear to have had little impact on the market to date, but the rumblings are clear.

As the ‘demonisation of diesel’ continues to spread post- ‘Diesel Gate’, the market for diesel powertrains remains buoyant domestically. However, there are some rumblings within the market that plans are afoot to implement regulatory measures, in line with EU recommendations.

This situation is causing a bit of concern within the market at present, but we’re confident that we will not see big change within the next five years. The impact of WLTP is another issue that has been under great scrutiny in recent months throughout Europe and, looking at the domestic data, registration figures have reduced, yet the market remains positive.

With the evolution of the market well underway, technology is beginning to play a key role in progressing business across the board but one of the key challenges within the market is centred on mindset and the willingness to adapt to the new order.

It’s a challenge in some areas for people to accept the need to change their remarketing strategies but, on the whole, the market is recognising that it needs to bring in new processes, business models and management flows to satisfy demand.

Demand for Autorola Marketplace and Solutions is ever increasing. Full implementation covers the whole value chain and allows seamless, end-to-end management of vehicles, whilst bespoke packages can build specific workflows into systems to assist certain areas of business. For us, it’s a very exciting time to be in business.

Although GDP growth cooled to a year-and-a-half low in Q2 2018, available data points to upbeat economic activity in Q3. The unemployment rate remained steady in August after ticking up in July from an all-time low in June. This, coupled with nominal wage growth at its fastest in over a decade, have shored up household purchasing power, which likely contributed to the surge in retail sales in July. Similarly, on the supply side, industrial production expanded at the fastest annual rate so far this year in July, propelled by a jump in manufacturing output.

That said, sound hard data has come at odds with leading indicators: consumer confidence, business sentiment and the manufacturing PMI averaged lower in Q3 compared to Q2. Meanwhile, Prime Minister Andrej Babis’ minority government finalised the 2019 draft budget on 19 September, prioritising increased spending in investments, pensions and public sector salaries; nonetheless, it targets a smaller deficit compared to 2018’s. Babis will need backing from the Communist Party yet again for parliamentary approval, after their support enabled his government’s survival of the confidence vote in July.

The economy is expected to lose steam this year and next. However, the pace of growth should remain robust thanks to healthy household spending gains, underpinned by a nearly-exhausted labour market and brisk wage growth, as well as by planned increases in government spending, particularly higher infrastructure investment. Heightened uncertainty and potential spillover effects from deteriorating global trade conditions cloud the outlook due to the export-orientated nature of the country’s industrial base. FocusEconomics Consensus Forecast panellists see GDP growing 3.2% in 2018 and 3.0% in 2019, which is unchanged from last month’s projection.

Consumer prices fell 0.3% in September from the previous month, contrasting August’s mild 0.1% rise. Data released by the Czech Statistical Office (CSO) revealed that September’s dip was largely due to lower prices for package holidays as the summer season came to an end.

Inflation edged down from 2.5% in August to 2.3% in September. As a result, inflation moved closer to the midpoint of the Central Bank’s 1.0%–3.0% tolerance band. Annual average inflation, meanwhile, held steady at 2.3% for the seventh consecutive month in September.

The economic sentiment indicator, a composite confidence indicator published by the CSO, climbed from 99.6 in September to 99.8 in October, the third successive monthly rise. As a result, the indicator moved closer to the 100-point mark that separates optimism from pessimism in the Czech economy.

The business confidence index remained steady at September’s 97.3 in October. The reading reflected improved sentiment in the industrial and construction sectors being offset by a deterioration in confidence in trade and services.

Meanwhile, consumers turned more optimistic in October, with the consumer confidence index rising to 112.0 points from 111.0 in September. The climb was mainly due to consumers’ improved views over the general economic situation in 12 months’ time. Consumer confidence remains well above the historical average.