The Drivy car sharing app has received a number of new updates as the service passes the milestone of two million active users globally. 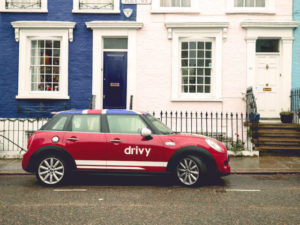 Drivy launched in London in late 2017

Drivy now has 50,000 cars available for car sharing in six countries – this includes its current expansion across the UK following its launch in London seven months ago – and has seen the app become the most popular method to access cars; 60% of the Drivy community use their smartphones instead of desktop browsers.

As a result, the app has been completely redesigned to be in line with Drivy’s new focus on mobile experience and instant car sharing, including easy map visibility of cars’ locations and a new one-tap payment button.

The latest version of the app will introduce a dedicated four-hour price offer – allowing its users to get a car for four hours or less, meeting the need for short term rentals.

Katy Medlock, recently appointed head of UK at Drivy, said: “Our aim is to make car sharing a quicker, easier and cost-effective means of transport. Having launched in London just seven months ago, our growth is proof that city-dwellers have been looking for alternatives to car ownership or considering how to recoup some of the costs associated with owning a car.”