New car registrations in Europe saw unseasonable growth over the summer in advance of the shift to the new WLTP cycle. 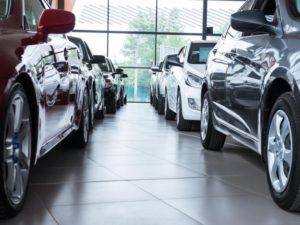 EU new car registrations were up 31.2% in August

However, it was August – typically the lowest sales month of the year – that saw the highest growth with a 31.2% rise in overall EU new car registrations to more than 1.1 million new vehicles. Double-digit percentage gains were registered in many EU countries, as well as in the five major markets.

The ACEA acknowledged that the exceptional growth was down to the introduction of the new WLTP test that applies to all new car registrations from 1 September 2018. Stringent derogation targets mean that some carmakers have been offering extremely attractive prices for NEDC-tested vehicles in the run-up to the deadline.

The unusually strong performance over the summer helped boost the year-to-date figures. For the first eight months of the year, car registrations were up 6.1% to reach 10.8 million units. Within the major markets, demand went up in Spain (+14.6%), France (+8.9%) and Germany (+6.4%), while car sales remained stable in Italy (+0.1%) and contracted in the United Kingdom (-4.2%).