The UK needs a clear roadmap to the 2030 ICE ban, focusing on developing workplace and public charging and giving stronger incentives to purchase electric vehicles. 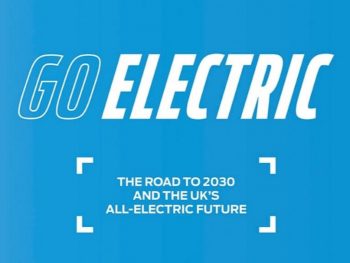 The Government’s 2030 target will not be achieved organically, according to Ford, and a clear roadmap is needed

The call comes from Ford ahead of the COP26 climate conference, as it says there’s an opportunity for the UK to lead the way with a clear plan for delivering the switch to electric vehicles.

“In the UK, the electrification transition is underway, but we will not achieve the Government’s 2030 target organically. We need a plan, supporting the rollout of electric and plug-in hybrid vehicles, in operation ahead of November’s critical COP26 climate summit,” said Stuart Rowley, president, Ford of Europe.

The carmaker said the scale of the challenge requires a partnership between all the key stakeholders: policymakers, energy providers, local authorities, consumers and the auto industry.

Its new research finds that while the appetite for electric vehicles is increasing – 28% of respondents said they plan to buy an electric vehicle within the next five years – a substantial proportion of drivers still have reservations.

And the research also suggests that consumer acceptance is a key obstacle to overcome, with the Go Electric report pointing to an apparent lack of information around EV technology.  A majority of drivers – 61% – surveyed for the report said they did not feel they have enough information to make an informed decision on purchasing an electric vehicle.

As such, Ford is stepping up its Go Electric consumer awareness campaign to help consumers on the journey to an all-electric future.

But it’s also outlined four key action points that the UK as a whole needs to address:

Previous: Toyota cracks down on catalytic converter theft
Next: Targa Telematics recognised for work on carsharing in Berg Insight report