Toyota is investing more than £1m to help tackle the growing issue of catalytic converter theft in the UK. 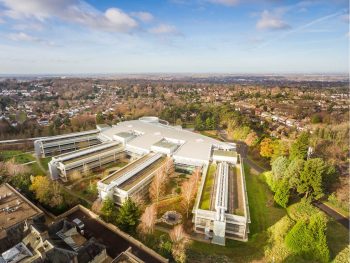 Toyota has also restarted the production lines in Japan and France that made catalysts for many of the older models targeted. These will supply replacement catalysts – at cost only

Its new free service will help covertly mark more than 100,000 parts on older cars, which could become targets as thieves capitalise on fast-rising prices for precious metals; Ageas Insurance said last month that it has seen a marked rise in theft of catalytic converters since the start of the first lockdown. And the police have warned of “a co-ordinated, organised crime linked to other serious forms of offending”.

Older hybrid vehicles are particularly at risk from such theft as their catalytic converters are less likely to be corroded because they have two power sources. In more modern Toyota and Lexus cars the catalysts are of a different design and are not typically targets for theft.

To help tackle the issue, Toyota is working with police and Smartwater, which manufactures police-approved marking kits, to provide an initial batch of 50,000 kits to drivers.

The markings, which are invisible, mean a stolen catalytic converter can be traced to a specific crime, helping police in their attempts to fight the organised gangs responsible but also helping to deter all those involved in the criminal chain.

The Smartwater marking kits are being offered free to all Toyota and Lexus owners, who just need to call their local Toyota or Lexus retailer to arrange a visit.

And to ensure it reaches drivers who may not hear about the work as they’re not using the Toyota retail network, the carmaker has issued 20,000 Smartwater kits to police to support their initiatives, and is working with the AA; its patrols will point customers to where they can get a free kit.

Rob Giles, Toyota (GB) director of customer services, said: “Catalytic converter theft is a very serious problem in the UK and the effects on victims of this crime are emotional as well as financial. We’re pleased to be starting this initiative, working closely with the police, not only to help them with their efforts to combat this crime but also to send a clear message to criminals that if they choose to target a Toyota or Lexus car there is now a far higher chance of getting caught.”

Other work by Toyota to combat the issue has seen it restart the production lines in Japan and France that made catalysts for many of the older models targeted. These will supply replacement catalysts – at cost only. Toyota has also developed a Catloc security device which helps deter theft – again being supplied at cost only.