Ford has consolidated its UK operations at its renamed Dunton Campus and established it as the headquarters of its European Commercial Vehicles business group. 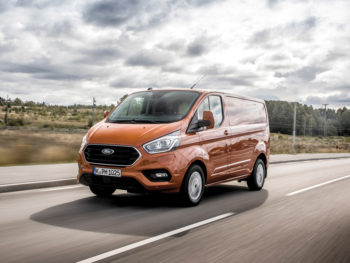 The plans form part of the carmaker’s restructuring announced earlier this year – which build on its previously outlined plans for commercial vehicles to “grow leadership through [a] tightly integrated offering of smart vehicles, services and partnerships” and to leverage relationships, including a potential alliance with Volkswagen AG already announced last summer, to support commercial vehicle growth.

The Commercial Vehicles group will be led by general manager Hans Schep and based at the company’s CV centre of excellence in Dunton, UK, which is being strengthened through facility improvements and investments to enhance technical skills.

Under the changes, the former Dunton Technical Centre has been renamed as Dunton Campus, while Ford has also announced an investment of £23m (€19.8m) to construct a new commercial vehicle Advanced Propulsion Laboratory located at the site and including powertrain NVH (noise, vibration and harshness) test chambers, and a testing area for electrification technologies. The facilities will start operation in late 2020 and will play a crucial role as Ford continues electrification of its product portfolio.

This will see every new Ford passenger vehicle nameplate in Europe include an electrified option – mild hybrid, full hybrid, plug-in hybrid or full battery electric. The plug-in hybrid Transit Custom van and Tourneo Custom people carrier arrive later this year, while a new, all-electric Transit joins the Transit range in 2021. And an all-new, Mustang-inspired performance SUV with an anticipated WLTP range of 370 miles is due late 2020. In total, Ford will launch eight electrified passenger vehicles and commercial vehicles in Europe this year, with another nine to come – including full battery electric vehicles – by 2024.

“This is an important step for our Ford business activities and shows our continued commitment to the UK. This is one among a number of actions as we continue to improve our efficiency and effectiveness to create a sustainably profitable Ford business in this country,” said Graham Hoare, chairman, Ford of Britain, and executive director, Business Transformation, Ford of Britain.

“The consolidation of our Commercial Vehicles business group and our other main office and technical operations on the Dunton Campus provides many of our employees with better, more creative and collaborative working environments, while also reducing costs and enhancing our ability to better focus on the needs of our customers.”

Ford says its new operating model represents the most comprehensive redesign in the history of the brand in Europe and adds that it’s on track to significantly improve its financial results in Europe in 2019, paving the way to sustainable profitability and its longer-term goal of delivering a 6% EBIT margin.