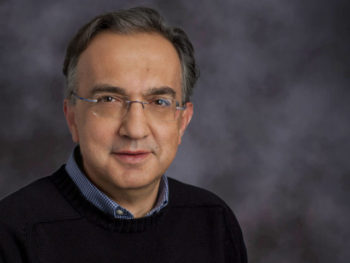 Unexpected complications had arisen while Mr Marchionne was recovering from shoulder surgery, which had worsened significantly, to the extent FCA revealed that he would be unable to return to work.

Days before his passing, on 21 July, FCA’s Board resolved to accelerate the CEO transition process that had been proceeding over the past months and named Mike Manley as CEO with immediate effect.

John Elkann, FCA chairman since 2014, said: “Unfortunately, what we feared has come to pass. Sergio Marchionne, man and friend, is gone.

“I believe that the best way to honor his memory is to build on the legacy he left us, continuing to develop the human values of responsibility and openness of which he was the most ardent champion.

“My family and I will be forever grateful for what he has done. Our thoughts are with Manuela, and his sons Alessio and Tyler.

“I would ask again everyone to respect the privacy of Sergio’s family.”

Mr Marchionne is credited with having saved FCA over his 14-year tenure as chief executive.

He began his professional career in Canada between 1983 and the mid 90s, before moving to Europe to act as CEO at Algroup, headquartered in Switzerland. Following this, in February 2002, he became CEO of the SGS Group of Geneva and after a number of different appointments became non-executive vice chairman and senior independent director of UBS from 2008 until April 2010.

Marchionne became a member of the Fiat S.p.A. Board of Directors in May 2003, and chief executive officer on 1 June 2004. In addition, in June 2009, he was appointed CEO of Chrysler Group LLC (renamed FCA US LLC in December 2014) and, in September 2011, also assumed the role of chairman. On 13 October 2014, he became CEO of Fiat Chrysler Automobiles N.V. and chairman of Ferrari S.p.A.

In May 2010, he joined the Board of Directors of Exor S.p.A. (which became Exor N.V. in 2016) and was appointed non-executive vice chairman in May 2015. As of September 2013, he was also chairman of CNH Industrial N.V., the company resulting from the mergers of Fiat Industrial S.p.A. and CNH Global N.V.