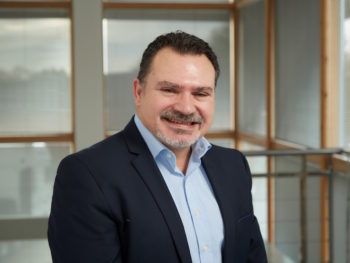 The company said the appointment signals a new approach, as it builds an in-country team and establishes a base in France after identifying it as a key market.

Frederic Solari co-founded telematics company Softrack in 2002, going on to develop a tracking tool for retail groups such as Casino and Carrefour.

In 2011 Softrack was acquired by rival Masternaut and Frederic was appointed as regional sales manager.

His new role in the Microlise business development team will see him spearhead a new direct sales approach for the company in France.

“We see France as a cornerstone market in Europe,” said Nadeem Raza, Microlise chief executive officer. “We are changing our approach and building an in-country team with Frederic as the central facet of this. While competition is fierce and many major companies are already equipped with a telematics solution, we believe our product offers great value to a huge renewal market. With Frederic’s expertise we’re confident we can offer something fresh for logistics providers, retailers and supply chain actors in France and across wider continental Europe.

Commenting on his role, Solari said: “The telematics industry can no longer focus only on the sale of hardware and technology and must refocus on delivering value by boosting productivity, safety, security, communications, fuel savings, end-user services and return on investment. All the companies I meet want to increase their operational efficiency as well as their commercial abilities to offer new and better services to their customers. That’s why I am excited to be joining Microlise, which has a very strong and complete end-to-end solution as well as a proven track record.”