German cities are now officially allowed to ban older diesel vehicles from their streets, the German Federal court has outlined. 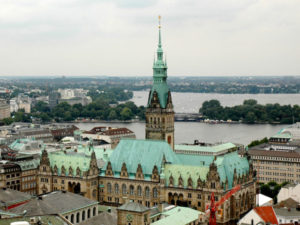 The clarification follows the official ruling from Germany’s top administrative court in February, and means bans up to and including the Euro 5 standard can be introduced immediately – and are actually required to do so in areas where they are the fastest solution to pollution.

February’s judgment saw the court overturn appeals from authorities on regional court rulings that diesel bans were the most effective way to bring down illegal nitrogen dioxide (NO2) pollution down as quickly as possible in Stuttgart and Düsseldorf. In a case brought by environmental lawyers representing ClientEarth and national NGO Deutsche Umwelthilfe (DUH), the court said national-level laws could be bypassed to allow regional authorities to protect people’s health in areas where air pollution exceeds legal limits.

The news follows the announcement that Germany, and five other EU Member States, are being referred to the European Court of Justice over ongoing failures to tackle air pollution.

According to reports, Hamburg has already put up signs on a diesel ban ahead of its introduction at the end of May and more cities are expected to follow fast, with bans in Stuttgart, Munich, Frankfurt, Wiesbaden, Darmstadt and Aachen expected this autumn.

ClientEarth clean air lawyer Ugo Taddei said: “This judgment makes it unavoidably clear – regional governments can and should put diesel restrictions in place where pollution is dangerously high. Authorities at all levels in Germany must urgently introduce the restrictions that will finally protect people from toxic pollution.

“Merkel and Scheuer have positioned themselves against these measures and in doing so are creating an obstacle to progress. Taking bold measures to reduce diesel pollution would start to move the economy past dirty diesel and onto cleaner technologies.”