Honda has published a teaser image of the fourth-generation Jazz, which makes its world premiere at the Tokyo Motor Show on 23 October. 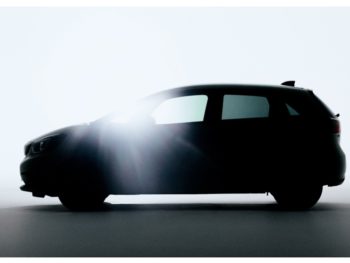 The new Jazz will only be offered as a hybrid model, as revealed to Fleet World in April and confirmed at last month’s Frankfurt Motor Show, and will feature the brand’s Intelligent Multi-Mode Drive (i-MMD) technology seen in the CR-V.

The i-MMD dual-motor hybrid system is being cascaded down into smaller segment cars as part of the brand’s electrification plans. In the CR-V, it’s offered in 2WD and 4WD and uses a 2.0-litre petrol engine that works as a generator, which in turn charges the battery to power a second motor that’s connected to the wheels. Honda says it’ll offer “an exceptional blend of strong and effortless driving performance and impressive fuel economy” in the Jazz.

Honda’s still tight-lipped on other details of the new Jazz but says it has been redesigned with the passenger at its heart and will “raise the bar in terms of comfort and driver enjoyment”.

The carmaker is also due to announce latest details of its ‘Electric Vision’ electrification plan for Europe at a media event in Amsterdam on the same day as the Jazz reveal. This follows the announcement at Geneva in March that 100% of its European automobile sales will be “electrified” by 2025, accelerating the 2017 aim for two-thirds of its sales to be electrified by this date.

Geneva also saw Honda reveal the first details of its developing energy management solutions business for Europe and announce plans to team up with Moixa on V2G solutions and with on-street charging specialist Ubitricity.