Hyundai Motor Group (HMG) has revealed the first of a new generation of gasoline and diesel engines, claiming conventional powertrains will still have a strong market presence in 2025. 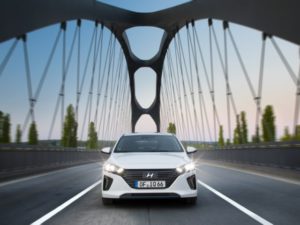 All-new 1.6-litre gasoline and diesel engines have broken cover at the carmaker’s International Powertrain Conference in Seoul, the first of what will be a range comprising 10 petrol and six diesel engines offered across the Hyundai and Kia brands by 2022.

HMG hasn’t offered much information yet, but said these ‘Smart Stream’ engines will be smaller and lighter than the units they replace, and use more advanced combustion techniques to improve thermal efficiency – in essence, that’s reducing the amount of energy from fuel which is wasted as heat. The new 1.6-litre turbocharged gasoline engine features variable valve timing, to suit economical or sporty driving, for example.

These will be supported by a range of six new transmissions, including an eight-speed dual-clutch gearbox which was also shown in Seoul. The carmaker said it expects the combustion engine to have an ongoing role in its range over the next decade, despite the growth of hybrid and electric vehicles.

Alternative drivetrains are on its priority list, though; it’s investing in higher-capacity batteries to improve their electric range, and is developing a hydrogen fuel cell vehicle which will produce 163hp and travel 800km between refills, a prototype version of which was shown in August.