LeasePlan has signed up NewMotion to provide its customers with EV charging solutions at home, the workplace and on the go, including automatic full reimbursement for charging costs. 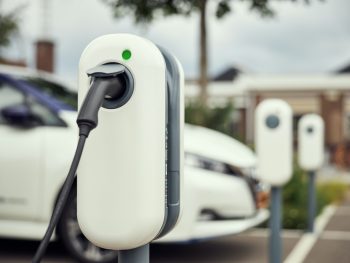 NewMotion will provide installation of charge points, back-office technology for controlling its charge points and a charge card to access public chargers for LeasePlan EV customers

The leasing giant is a founding member of the EV100 initiative and has set itself the goal of achieving net zero emissions from its total funded fleet by 2030, supporting the Paris Agreement.

To help LeasePlan’s customers make the shift to EVs, Shell-owned NewMotion will provide installation of charge points, back-office technology for controlling its charge points and a charge card to access public chargers.

It means that LeasePlan customers will have access to one of the largest charging networks in Europe, using the LeasePlan co-branded charge card and app powered by NewMotion. Earlier this year, NewMotion reached its 200,000 charge point milestone in 35 European countries, doubling the number of charge points across its public charging network in just two years. Its network includes hundreds of ultra-rapid chargers at Shell service stations and locations, and this is expected to grow to the thousands in the near future.

Not only will LeasePlan customers have access to online tools that provide real-time information on availability, as well as the charging speeds of public charge points. But as an added bonus, lease drivers will be automatically reimbursed for the entire cost of all charging sessions with NewMotion.

For NewMotion, the partnership with LeasePlan marks a significant step in supporting Shell’s global ambition to operate more than half a million charge points for businesses, fleets, at retail sites and customer’s homes by 2025.

The first phase of the roll-out will see LeasePlan customers in the United Kingdom, Germany, Norway and Sweden benefit from NewMotion’s charging technology, before a roll-out across other European markets.

Melanie Lane, CEO at NewMotion, said: “We’re really excited to support LeasePlan, one of Europe’s largest players in leasing, in their efforts to scale up e-mobility. Over the past 10 years, we have seen more and more people switching to EVs, along with an increased interest from companies to facilitate this. To make the transition seamless for both businesses and their employees, companies need a smart charging ecosystem that helps them to monitor and control their charging. We’re proud to support LeasePlan in achieving its net zero target for its fleets by 2030.”