By Jonathan Musk / 3 weeks ago / News / No Comments

Luca de Meo has been appointed as head of Renault, following his decision to step down as president of SEAT. 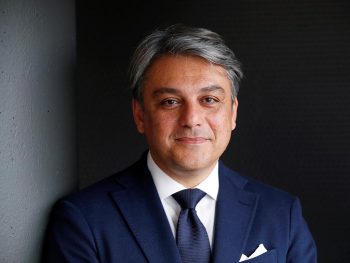 Effective from 1 July 2020, de Meo will be CEO and chairman of Renault, following a selection process led by Renault’s board of directors.

Mr. Jean-Dominique Senard, chairman of the board of directors, said: “I am delighted with this new governance, which marks a decisive step for the Group and for the Alliance. Luca de Meo is a great strategist and visionary of a rapidly changing automotive world. His expertise but also his passion for cars make him a real asset for the Group.”

Interim Renault CEO, Clotilde Delbos, will continue in her current role until Luca de Meo takes office. She will then take the position of Deputy CEO of Renault, effective 1 July 2020.

Senard commented: “I also thank Clotilde Delbos who provides interim management of the Group in an exceptional manner. She has demonstrated day after day her commitment and determination in the service of Renault.

“Together, with the support of a renewed and strengthened executive committee, they will form a high-quality, multi-talented team equal to Renault’s ambitions.”

Luca de Meo succeeds Carlos Ghosn as Renault CEO and chairman, who fell from grace after being accused of concealing personal wealth.

SEAT vice-president for Finance, Carsten Isensee, assumed SEAT presidency, while continuing with his functions on 7 January 2020.