Mitsubishi to show Concept XR-PHEV II and L200 at Geneva

By Natalie Middleton / 5 years ago / News / No Comments 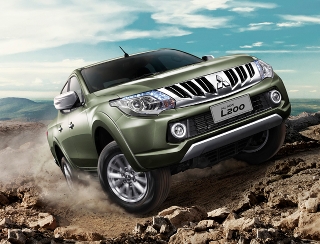 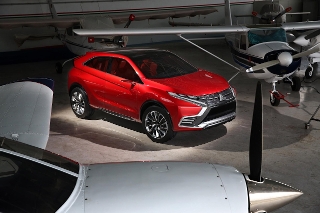 The concept builds on the XR-PHEV concept car shown at the Tokyo Motor Show two years ago and shows how the carmaker’s second PHEV model could look.

Design features draw on Shogun motifs such as the front end, which also features a new “shield” shape.

The compact crossover concept uses a lightweight, compact and high-efficiency front-engine/front-drive system designed for an urban crossover and features a 163PS electric motor with a 12kWh battery.

The new PHEV system is designed for use in front-engine/front-drive models and comprises a MIVEC engine, a new 163PS electric motor/generator and a new power drive unit all mounted up front, giving high power and torque along with CO2 emissions under 40g/km.

The PHEV system is designed to operate primarily in all-electric mode with the engine acting as a generator or supplying additional motive power when needed. Depending on driving conditions and remaining battery charge, the system automatically switches between all-electric, series hybrid and parallel hybrid modes. The driver can also opt for all-electric mode by selecting the Battery Save or Battery Charge functions.

Also on display at Geneva will be the European specification version of the all-new L200 pick-up that was launched in Thailand in November last year.

On sale in Europe from the summer, the all-new L200 pick-up is being introduced sequentially over the globe with plans to eventually introduce them into some 150 countries.

The new model has been developed as “The ultimate sport utility truck” but also brings interior comfort levels on par with a passenger model align with improvements in its functionality and reliability as a work vehicle.

The diesel version of the L200 uses a turbocharged 2.4-litre MIVEC diesel engine that emits 169g/km of CO2 with 181PS (High Power model). Four-wheel drive models employ the Super Select 4WD-II drivetrain from the Shogunwith four selectable drive modes to give the driver the ideal traction for any types of road conditions and outstanding all-terrain performance.Next week’s Geneva Motor Show will see the debut of Mitsubishi’s Concept XR-PHEV II alongside the new L200, which receives its European premiere.