Nissan to build new electric crossover and gigafactory at Sunderland

Nissan is to transform its Sunderland plant into a flagship Electric Vehicle Hub that will build its new-generation electric crossover and encompass a new gigafactory. 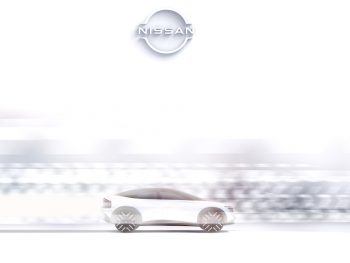 As part of the £1bn investment, Nissan will invest up to £423m to produce a new-generation all-electric vehicle in the UK, expected to be the new Leaf

The £1bn scheme brings together three interconnected initiatives, covering electric vehicles, renewable energy and battery production, and is intended to set a blueprint for the future of the automotive industry.

Announced to coincide with the 35th anniversary of the Sunderland plan, the project is dubbed Nissan EV36Zero to position it as 360-degree solution for zero-emission motoring.

It’s being funded by investment by Nissan alongside battery tech firm Envision AESC and Sunderland City Council, and will create 6,200 UK jobs at Nissan and across the supply chain.

Forming part of the £1bn investment, Nissan will invest up to £423m to produce a new-generation electric crossover, said to promise latest vehicle styling, efficiency and battery technology and believed to be the successor to the current Leaf.

The model will be built on the Alliance CMF-EV platform – also underpinning the forthcoming Nissan Ariya and Renault Megane E-Tech. The plant will have a forecasted production capacity of up to 100,000 units, including exports to European markets traditionally served by Nissan’s Sunderland plant.

The plans also include a new gigafactory, which will be built next to the plant by Envision AESC, which already owns and operates the existing battery plant in Sunderland, which was established in 2012 for localised battery production for the Nissan Leaf.

The new plant will initially have an output of 9GWh and will eventually have potential on site for up to 35GWh.

The plant, which will be powered by renewable energy, will increase the cost-competitiveness of EV batteries produced in the UK, including through a new Gen5 battery cell with 30% more energy density, improving range and efficiency. This will make batteries cheaper and therefore make EVs more accessible to a growing number of customers in the future.

Sunderland City Council will also play a major role, leading a project that aims to deliver a 100% renewable electricity ‘Microgrid’ that will save 55,000 tonnes of carbon annually. This will incorporate and expand the existing Nissan wind and solar farms; initial plans suggest there could be as many as 10 solar farms created, with an anticipated 132MW generation.

Unveiling Nissan EV36Zero at the Sunderland Plant today, Nissan chief operating officer Ashwani Gupta said: “This is a landmark day for Nissan, our partners, the UK and the automotive industry as a whole. Nissan EV36Zero will transform the idea of what is possible for our industry and set a roadmap for the future for all.”

Prime Minister Boris Johnson commented: “Nissan’s announcement to build its new-generation all-electric vehicle in Sunderland, alongside a new gigafactory from Envision-AESC, is a major vote of confidence in the UK and our highly-skilled workers in the North East.

“Building on over 30 years of history in the area, this is a pivotal moment in our electric vehicle revolution and securing its future for decades to come.”