Indian ride-hailing firm Ola has expanded its UK operations further with its official launch in London. 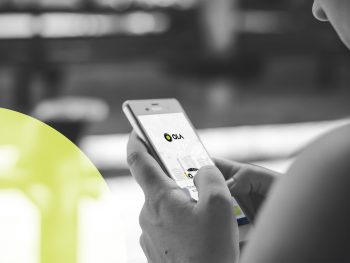 Ola says it has more than 25,000 drivers registered in London

The business says it now has more than 25,000 drivers registered in the capital, offering three categories of ride classes – Comfort, Comfort XL and Exec – and bringing the fight to Uber, which is currently battling to get its licence to operate in London renewed after Transport for London found it “to be not fit and proper”.

The launch in London advances Ola’s UK expansion further; it originally launched in South Wales in August 2018 and has since expanded to cities including Birmingham, Coventry and Warwick, operating across 27 local authorities. It’s already provided around three million rides with more than 11,000 drivers operating on the platform outside London.

The company says it will differentiate itself through its focus on drivers, safety and a collaborative approach with local authorities and regulators.

This includes through various collaborations intended to raise driver standards across the market. The business has already teamed up with DriveTech to ensure that drivers must successfully complete an online driving assessment and then a series of e-learning modules.  On completing these modules they will receive a DriveTech Permit to Drive, attesting to their skills.

In addition, every Ola driver in London has passed the Versant spoken English test, from education experts Pearson plc, ensuring a high level of communication in English.

They have also successfully completed Ola’s Customer Service Test, developed with global selection experts Mercer, ensuring they have the skills and mindset to deliver a great experience to their passengers.

Other company initiatives include the ‘Guardian’ global safety feature, which uses AI and machine learning to automatically detect irregular vehicle activity, a ‘Start Code’ feature to ensure customers and drivers are correctly matched, 24/7 voice support for riders and drivers, and a cap of six penalty points for drivers on its platform.

Simon Smith, head of Ola International, said: “We are thrilled to now be live in London. This is a major milestone for our business and represents the next step in our ambitions to connect people in cities throughout the country. We are proud of the progress Ola has made in the UK and we look forward to building on our success by offering a differentiated service to Londoners, focused on quality, safety and reliability.”

Ola is also marking its launch in London by offering passengers up to £25 worth of ride vouchers for signing up in the first week after launch.