Volvo Car AB and Geely Automobile Holdings Limited, both part of Geely Holding Group, have said they’re considering a global merger as they look to combine their strengths “to lead the automotive industry transformation”. 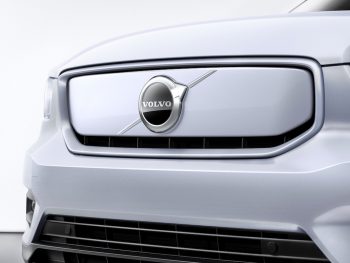 The merger – which follows Volvo’s acquisition in 2010 by Geely – would help accelerate financial and technological synergies between the two companies while still preserving the distinct identity of each of the main and spin-off brands: Volvo, Geely, Lynk & Co and Polestar. The combined company would have access to the global capital market through Hong Kong and with the intention to subsequently list in Stockholm as well.

“A combination of the two companies would result in a strong global group. We look forward to working with Håkan Samuelsson, president and CEO of Volvo Cars, to further investigate this opportunity with the goal to strengthen the synergies within the group while maintaining the competitive advantage and the integrity of each individual brand,” said Li Shufu, chairman of Geely Holding Group.

The deal comes four months after Volvo Cars and Geely said they were looking into plans to merge their existing petrol and diesel engine operations into a stand-alone business that would also supply hybrid powertrains – including potentially for other carmakers.

It also demonstrates the ongoing trend for mergers and alliances in the automotive sector as companies ready themselves for increasing challenges; recent months alone have seen VW and Ford, plus Fiat and PSA Group, announce tie-ups.

A joint statement from Volvo Cars and Geely said the carmakers will create a joint working group to prepare a proposal to their respective boards.

Commenting on the deal, David Leggett of GlobalData, said: “The proposed deal continues an ongoing theme of more merger and acquisition (M&A) activity in the auto industry, as companies position to be more competitive in the face of considerable business challenges ahead – most notably to invest in costly advanced technologies such as electrification and automated drive, while also meeting tighter CO2 emissions targets.

“Although Volvo Cars is owned by the Zhejiang Geely Holding Group (Geely Automobile Holdings’ parent) and there is already considerable engineering cooperation between Geely Auto and Volvo, the move would bring the two automotive businesses even closer together.

“The combination would bring the opportunity to have greater scale economies in areas such as parts procurement and accelerate technology sharing across the Volvo, Geely, Lynk & Co and Polestar brands.

“A combined company would have access to the global capital market through a Hong Kong listing and possibly Stockholm’s stock market later on, a move that could bring more capital for investment in costly advanced technologies.”