Polestar has co-founded a project in Sweden to accelerate the development of Vehicle-to-X (V2X) technology, including Vehicle-to-Grid (V2G) and Vehicle-to-Home (V2H). 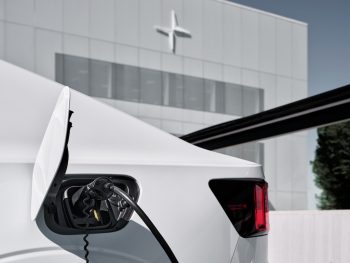 The EV maker is one of five partners in the project, which will set up two V2X demonstration charging stations in Gothenburg – one at the Polestar global headquarters and one on the Chalmers University campus.

“V2X will really revolutionise the future of power grids all over the world,” said Polestar’s head of research and development, Hans Pehrson. “I can imagine a world where thousands of electric vehicles, all plugged in to the grid, act as an important part of a fully renewable energy system. For example a V2H solution could maximise the storage of local green energy and provide back-up capacity for peak periods. This is a step towards a world without the need for coal or nuclear power plants.”

The project will further Polestar’s existing work in bidirectional technology.

The study, which is supported by the Swedish Energy Agency, is planned to last two years and nine months and is also being run by Chalmers University of Technology, the Gothenburg energy grid supplier Göteborg Energi, charging solution provider CTEK and energy solution provider Ferroamp.