Groupe PSA is to introduce a fourth production team and hire nearly 600 temporary employees by May 2018 at its Sevelnord plant in Hordain, France. 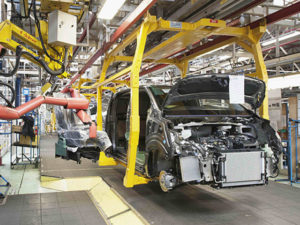 The manufacturer said strong demand for the Peugeot Expert and Citroën Jumpy (Dispatch in the UK), as well as the Peugeot Traveller and Citroën SpaceTourer was behind the move. The vehicles have been produced at the facility since mid-May 2016, and form part of the Group’s Core Model Strategy, which was launched in 2016 with the Push to Pass plan. The group’s commercial vehicles business, which aims to consolidate its current leadership in Europe and triple sales outside Europe by 2021.

PSA also confirmed the continuation of its night shift, which was first run for a provisional six-month period in late September 2016 to support the market launch of new models produced at the plant, and was extended for a year in March 2017.

Previous: Over half of Norway’s new cars were hybrid or electric in 2017
Next: Arval creates director of international development role for François-Xavier Castille