Proposed scrappage schemes could have a negative impact on air quality while also not benefiting CO2 reduction targets if they are not properly planned, according to new research. 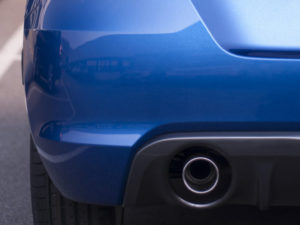 The warning comes from Emissions Analytics, who pointed out a paper issued in 2011 showing scrappage schemes from 2008-9 failed to bring about long-term CO2 improvements and may have caused drivers to trade in less polluting older vehicles, for dirtier new ones, as a result of flaws in the now-defunct New European Drive Cycle (NEDC) test.

Emissions Analytics warned that the same mistakes may occur today, based on results from its EQUA Index, which has standardised real-world emissions tests for more than 2,000 cars. These show the ‘dirtiest’ Euro 6 diesels emit 6-7 times more NOx than the cleanest Euro 5 models while the cleanest Euro 5 cars can be worse than Euro 3 or Euro 4 equivalents.

As an example, Emissions Analytics pointed to a Euro 4/2009 model year 1.9-litre diesel Skoda Octavia – which scored an ‘E’ rating in the EQUA Index test – and a much newer, Euro 6/2016 model year 1.6-litre diesel Nissan Qashqai, rated as an H; a bottom band rating that equates to emissions roughly 12 times over the Euro 6 limit.

Emissions Analytics said a scrappage scheme that only incentivised drivers to buy newer vehicles could result in the cleaner Skoda being scrapped for the Nissan Qashqai, increasing tailpipe emissions by a factor of more than five.

As well as dismissing vehicle age and Euro standards as criteria for scrappage schemes, the research also underscores the need for CO2 to be factored in as well as NOx emissions. The company warned that switching from a diesel car to a conventional petrol would increase CO2, resulting in a further ‘bad trade’. This builds on latest SMMT data that shows average new CO2 figures actually went up instead of down in 2017 as buyers migrated away from diesels to petrols.

Instead, the research said an ideal scheme would combine both scrappage elements for the oldest, dirtiest diesels and a retrofit scheme for newer vehicles with moderately high emissions, resulting in better results both for air quality and climate change.