wToyota has announced plans to expand its LCV business, backed up by a strengthened model line-up including electric vehicles, as well as a new Toyota Professional sub-brand. 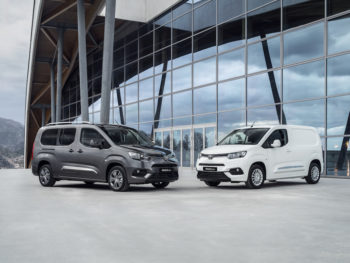 The announcement builds on the CV Show debut this spring of the new Toyota Proace City, which starts sales in early 2020, expanding Toyota’s presence to the compact van sector. Developed in collaboration with PSA, the Proace City is built on the same EMP2 platform as the Peugeot Partner, Vauxhall Combo and Citroën Berlingo, and joins the larger Proace van and the Hilux pick-up in Toyota’s LCV line-up, expanding Toyota’s product coverage to over two-thirds of the LCV market.

Meanwhile full electric versions of the Proace and the new Proace City will be introduced in 2020 and 2021 respectively.

Alongside its new models, Toyota’s growth plans for its LCV business are also being driven by a new sub-brand, Toyota Professional.