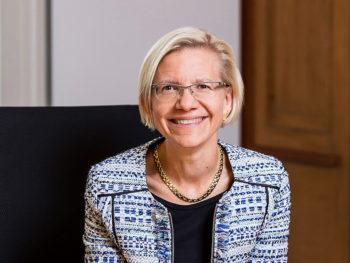 De Geyseleer succeeds Hans Oscarsson, who will leave the company as of 1 August for a new assignment as chief executive officer of Geely Sweden Holding AB, the company responsible for the Geely Group’s investments in the Nordic region. He leaves Volvo Cars after 29 years of service, first joining the company in 1990. He was appointed CFO in 2013.

De Geyseleer joins from Société Générale de Surveillance, a Swiss-based publicly listed company specialised in testing, inspection and certification services, where she has been group CFO since 2014.

“I am very pleased to welcome Carla to Volvo Cars,” said Håkan Samuelsson, president and chief executive. “She brings a wealth of financial experience from a range of different industries and I am confident that she will prove to be a great addition to our executive team. I would also like to thank Hans for his almost 30 years of service to Volvo Cars and wish him all the best in his next assignment.”

Prior to her role at SGS, De Geyseleer was CFO at telecom firm Vodafone Libertel in the Netherlands and worked for 15 years at the logistics company DHL Express where she held growing responsibilities in various operational and corporate positions in multiple countries. Initially she started her career as an auditor with accountancy firm EY Belgium. She holds an executive MBA from the IMD business school in Lausanne, Switzerland and a Master’s degree in Economic & Financial Sciences from the Economische Hoge School Sint Aloysius (EHSAL) in Brussels, Belgium.

Commenting on her appointment, De Geyseleer said: “I look forward to joining this successful company to create value through progressing the transformation, steering towards sustainable and profitable growth and driving engagement within the company.”

To bridge the period until De Geyseleer’s arrival at Volvo Cars, the company has appointed Per Ansgar, vice president group reporting and controlling,  as interim head of the Finance department to oversee the day-to-day operations.