By Natalie Middleton / 3 days ago / News / No Comments 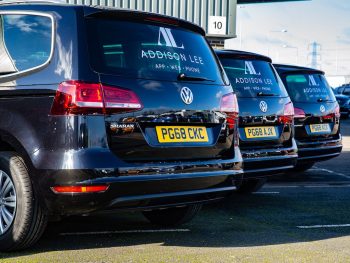 Addison Lee has been recapitalised by a consortium of investors, with Cheyne Capital becoming the largest shareholder

Griffin’s and Cheyne SVC’s combined holdings have a majority stake in the business and the deal will bring at least £41m of new investment, which will be used to enable further growth, investment and support cash generation.

The acquisition, which was first announced in February and completed yesterday (24 March), follows reports last year that Griffin, son of Addison Lee founder John Griffin and currently non-executive chairman, had been trying to put together a rescue package for the firm to deal with a £230m debt. Jaguar Land Rover had also been believed to be weighing up an offer on Addison Lee in spring 2019 to expand its mobility offering.

Griffin returns to his former role as CEO and will be joined by other key members of the previous management team.

Under the terms of the deal, part of the existing £230m debt will be converted to equity with the balance being written down. Addison Lee’s US operation has been sold to RMA Worldwide Chauffeured Transportation and the business will now continue to operate in North America as a partner under the Addison Lee brand.

Liam Griffin commented: “This deal represents an exciting new chapter for the business as we look to build on our 45-year heritage and retain our position as London’s most trusted car service. I am confident that with Cheyne’s SVC team on board, we have the right partner for long-term success and we will continue to invest in our technology, vehicles and drivers so that the Addison Lee experience remains synonymous with the highest levels of quality, reliability and flexibility.

“Given the current situation, our immediate focus is to ensure we support drivers so they can continue to provide a safe and reliable travel option to get key workers and essential goods to where they need to be. We are committed to playing our part in helping the government in its efforts to manage the situation.”

Anthony Robertson, CIO of Cheyne Strategic Value Credit, said: “We’re very pleased to be investing in the future of Addison Lee. The new group structure will enable the business to focus on its core UK market,  and we will build on the strength of the underlying business by further enhancing the customer experience and supporting the driver community. We are confident that these measures will allow us to further consolidate Addison Lee’s dominant position in the corporate sector and deliver enhanced profitability and cash flow.”