By Contributor / 2 years ago / News / No Comments

Michal Wojciechowski, managing director of Autorola Poland, discusses how the country will take on unwanted diesels from other countries and how younger drivers are happy to carshare rather than own their own wheels. 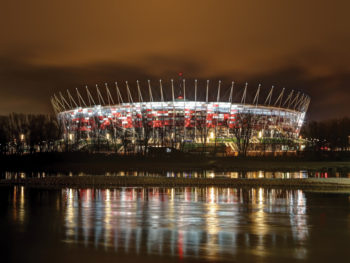 Tipped by some as being the next economic powerhouse, Poland’s economy grew by 4.6% in 2017 and despite predictions of a slight slowdown in 2018, experts still forecast 4% growth overall.

GDP growth has been supported by strong domestic demand, with consumption across the country growing strongly thanks to a booming labour market and the recent child benefit programme, which has buttressed households’ disposable income. Investment is also picking up thanks to a rebound in public investment as the disbursements of EU funds has accelerated. Overall, business and consumer confidence are high.

A cornerstone to this performance, the automotive sector remains one of the most important economic sectors in Poland, contributing some 8% of GDP with annual passenger car production in the country reaching 514,700 in 2017. The number of second-hand vehicles imported in 2017 – 869,364 – exceeded sales of new by nearly two-fold with nearly 10% of these under four years old, whilst the average age (53%) remained high at 11.8 years old.

To the end of August 2018, 675,353 used vehicles had been imported into Poland, with the month of August alone seeing 88,166 units enter the country, an increase of 5.3% on the same month in 2017. Forecasts are that over one million vehicles will enter the country in 2018 with the vast majority, some 60%, coming from Germany. Diesel powertrains make up 43.4% of those vehicles imported – a trend which has continued to grow since May 2017.

This all makes Poland’s professional used car market very different from other western EU countries. At OEM dealership level, the ratio of used car to new cars sales is circa 0.2-0.3, while in western EU countries that figure is around two to three used cars sold for every new vehicle purchased. Domestically, with 17% growth in new vehicle registrations in 2017 (490,651 2017 Vs 418,058 in 2016), allied to the already existing 26.5 million vehicle parc, it’s clear Poland’s automotive market is on an upward trajectory.

Petrol continued to be the preferred choice of fuel type in new registrations whilst demand for alternative fuel continues to rise – in 2016 seeing the highest demand (8.2%) across the EU.

Yet despite the country being the eighth biggest economy in the EU and all the positive indicators, GDP per capita remains below the EU average. This, combined with a host of other factors, means Poland’s car parc is aged. The majority of vehicles in use domestically are aged between 10-20 years old, whilst the country also has the largest fleet (33.7%) of 20-year old plus vehicles in the EU.

Although such an aged vehicle parc creates very real challenges to the wider automotive sector and related domestic policies, it does not detract from the fact that the automotive industry is in good shape, as well as highlighting vast market potential.

Autorola Poland has reported a positive, yet ever-evolving, trading environment within its domestic market. For us, the market is very positive. The economy is buoyant, vehicle sales on the whole continue to grow, the fleet distribution side of our business continues to expand, we have made a new appointment to the team and we have been delighted with the introduction of INDICATA which has enabled us to further enhance our portfolio of partners.

Vehicle manufacturers also see the potential of the used vehicle market and are the latest users to adopt Autorola Group’s INDICATA to get a tighter handle on their remarketing activity, both within Poland and across the EU. First to adopt the technology were Kia and Volvo. Importer organisations and the larger dealer groups that are testing INDICATA now (the businesses’ target for 2018 and 2019) deem that market intelligence, network performance and sector analysis will ensure greater used vehicle penetration within the domestic market.

Along with partnerships with Kia and Volvo, the growth of Autorola Poland has also come in the form of new partnerships agreed with longstanding client – a major German OEM leasing company and bank for whom the business has been selling vehicles for since 2012. Now Autorola’s Fleet Monitor and MarketPlace systems are being used to help monitor, manage and process their vehicle fleets too.

Other recent wins include a new partnership with another German brand, with Autorola providing logistics and transportation support. We very much offer a bespoke service for all our partners. This is really the first time we have seen our compound become such big business and is certainly an opportunity for us moving ahead to cater for thousands of vehicles in a similar fashion. Crucially for us, this is our first step in building a long-term partnership with this major German brand.

Other manufacturers are also waiting in the wings to agree new contracts with the business via INDICATA.

Measuring real-life fuel consumption and CO2 emissions from passenger cars and vans, WLTP will affect the global automotive sector and put all OEMs on the same band width. WLTP is still a bit of an unknown, especially within the local market. Without doubt there will be challenges around imports, an already sensitive area of business since its last scare back in 2016 when there were rumours of excise tax introductions – something which ultimately failed to materialise, but it was enough to destabilise the market temporarily.

The new challenge lies in the country’s major import players’ acceptance of diesel vehicles for the future, a decision which could have a profound impact on the market as a whole. No one yet knows how the WLTP will truly impact on the local market (aside from the fact that new car registrations increased in August – the 41st month of consecutive growth – with 56,000 units sold, up 22.5% against July 2018), but it could see an increase in the number of vehicles needing remarketing in circulation as vehicles enter the market. Many of these used cars are imported via Autorola’s online remarketing portal, allowing dealers to turn stock around within days, ready for sale.

New emissions regulations look likely to impact on other markets across the EU and Germany, for one, is a market Poland is watching intently. Already a major export market for German brands which are likely to be affected by a number of strict urban emission guidelines soon to be enforced within the country, Poland is well positioned to absorb the potential extra capacity over the coming years.

Closer to home the car sharing economy is ‘booming’ with the number of mobile apps and services ever increasing. According to forecasts, the Polish market will be growing 200% annually. With changing attitudes towards driving and vehicle ownership, along with continued social urbanisation, the car sharing ‘mega trend’ is predicted to see 14 million users registered in Europe by 2021 with 1.4 million being classed as ‘heavy users’ taking multiple trips per month.

Local companies lead the market, Panek and Express (both well-known rent-a-car companies) and 4Mobility (purely carsharing), with active operations within inner cities across the country. Costs each day are in the region of €21 or €0.07 a minute.

This is a global trend and one that has become well established within the domestic market. Ownership schemes such as personal lease do not yet exist within the country and along with a generational change in attitude towards vehicles it has helped drive the trend towards shared ownership. This also has the implication of driving up the average vehicle age within the country to 13 years. It’s a developing area that we are keeping a keen eye on.

The Polish economy broadly kept pace in the second quarter, recording another period of solid growth. Household spending once again drove the expansion, riding on the back of a tight labour market. However, although surging exports partly offset the slowdown, fixed investment growth moderated in Q2. More recent data for the third quarter points to continued healthy, but decelerating, momentum. Industrial output accelerated, and the unemployment rate remained at a multi-year low in July. Meanwhile, the manufacturing PMI fell sharply in August. On the political front, the government is working on the budget for 2019 and approved a preliminary draft on 21 August. The draft envisions a fiscal balance of 1.8% of GDP despite an expected slowdown in economic growth. The budget centres on several social spending initiatives, including the government’s 500-plus child benefit scheme, while better tax collection should help buttress revenues. In addition, recent media reports have suggested that the government may introduce an exit tax on assets moved abroad to bolster finances, although this could ultimately reduce foreign investment in the country.

Strong household spending and robust government spending ahead of next year’s elections should fuel healthy growth going forward. FocusEconomics analysts expect growth of 4.5% in 2018, up 0.1 percentage points from last month’s forecast, and 3.5% in 2019.

Comprehensive data released by the Statistical Office on 31 August confirmed that Poland’s economy continued to grow at a brisk pace in the second quarter. GDP expanded a solid 5.1% over the same period last year, which was broadly unchanged from the first quarter’s 5.2% increase and one of the strongest readings in the past decade.

The domestic economy remained in the driver’s seat in Q2, fuelling the strong momentum. Private consumption growth inched up to 4.9% annually from Q1’s 4.8%, supported by a tightening labour market and high consumer sentiment. Government spending also gathered steam, rising 4.4% (Q1: +3.6% year-on-year). Investment growth, however, moderated in the quarter, driving the overall slowdown. Moreover, fixed investment expanded 4.5%, which was down notably from Q1’s 8.1% increase and despite the boost from EU funds. Tax changes that came into effect in July may have weighed on businesses decisions in the quarter.

On a quarter-on-quarter basis, the economy grew 1.0% in seasonally-adjusted terms, below the first quarter’s 1.6%.

Looking ahead, domestic demand is expected to continue driving the economy in the second half of the year, as tailwinds from accommodative monetary policy, a tight labour market and EU-funds remain in place. However, growth is seen cooling somewhat from H1’s highs.

Commenting on Poland’s outlook, Rafal Benecki, a chief economist at ING, says: “In our opinion, GDP growth peaked in the first half of 2018. In 2H18, we expect an average GDP growth rate of 4.4% YoY due to a slower pace of consumer spending and a lower contribution of inventories. The contribution of net exports in the euroland should be slightly positive or close to zero.”