By Contributor / 1 year ago / Features / No Comments 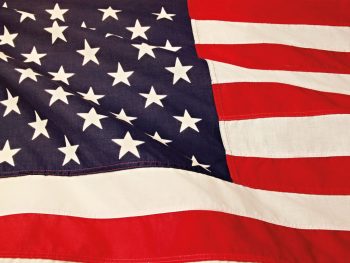 NAFA’s DC Fly-By – the association’s annual meeting of its Government Affairs Committee – saw twelve members of the committee spend two days in the Washington D.C. area to hear presentations from all corners of the automotive industry. Speeches were given by executives from industry itself, trade associations, congressional staffers and a representative of the US Department of Energy’s office of vehicle technologies.

After a series of presentations, organised by Pat O’Connor, NAFA’s US legislative counsel – and NAFA board member Maria Neve – the committee peeled off to lobby the offices of 15 key members of congress on five fleet-related issues on which NAFA has taken an official position.

These issues were: the rollback of Trump tariffs on steel, aluminum and imported auto parts and cancellation of proposed tariffs on imported vehicles; expansion of tax credits for the acquisition of electric vehicles; legislative protection of the right for owners and renters to access digital automobile data; protection of a portion of the radio frequency spectrum currently designated for advanced auto safety connectivity against demands for those frequencies by WiFi companies and extension of tax credits for alternative fuels, including autogas, compressed and liquefied natural gas and other alternatives.

NAFA’s Government Affairs Committee consists of fleet executives and managers from the corporate and government world and representatives of fleet suppliers. On tariffs, guest presentations and conversations among members of the committee revealed a number of developments. One example is that Trump’s tariffs on steel, aluminium and imported auto parts have pushed prices for replacement parts considerably higher. An example cited was the price of brake discs, which one supplier said has risen from around $30 a piece to more than $70, or an increase of more than 100%. Fleet repairs covered by carmaker warranties aren’t being affected, one fleet manager who is also a committee member noted.

As a result of these cost changes, some fleets have experienced increases of 15% to 20% in their parts budget and increases of thousands of dollars for the upfitting of speciality vehicles. The effects have been to cause budget overruns, the curtailment of some projects, the resorting to cheaper, lower-quality parts or the deferment altogether of some preventive maintenance and putting unmaintained, but still needed vehicles out of service.

Faced with having to absorb price increases or pass them along and see sales slump, some local parts dealers have gone out of business, the committee was told. Unable to pass along the costs, a number of municipal fleets have shut down their own maintenance and repair operations in favour of outsourcing, causing the loss of jobs in affected communities.

Hit with higher prices, growing numbers of consumers across the US have deferred auto repairs and routine maintenance, threatening the safety of the nation’s roads, said one of the committee’s guest speakers, Catherine Boland, vice president of legislative affairs for the Motor & Equipment Manufacturers Association.

According to Auto Care Association, which represents more than 500,000 independent automotive aftermarket manufacturers, distributors, repair shops, marketers and retailer, Americans have a total of $24.9 billion in deferred automotive preventive maintenance. The Trump administration began setting tariffs on a variety of imports last year. In March 2018, it imposed tariffs of 25% on steel and 10% on aluminium. In separate moves, it set and escalated tariffs on goods imported from China, a major source of auto parts and accessories.

In addition, Trump has proposed a 25% tariff on imported cars and parts, which he claims represents a threat to national security. The president postponed the implementation of the tariff last May, pending the completion of an investigation by the Commerce Department. By law, by the middle of November Trump either implements the tariff or issues another six-month postponement.

NAFA’s Government Affairs Committee reported it had visited the offices of Senators Pat Toomey (R-PA) and Rob Porter (R-OH), who have introduced competing bills to block the president’s ability to establish tariffs for reasons of national without Congress’s approval. Members of NAFA’s committee visited both senators’ offices to ask for their continued opposition to Trump’s auto-related tariffs.

The independent Center for Automotive Research has estimated that a 25% tariff applied to all auto imports could raise the average price of a car sold in the US by as much as $4,400. NAFA’s briefing document for committee members said: “Far from strengthening our national security…[the] tariffs would weaken the health of the US auto industry and, with it, the overall economy…and would be detrimental to national security.”

The briefing document went on to say that the tariffs “will be disruptive to virtually every industry sector, significantly increasing the cost of vehicle acquisition and maintenance and negatively impacting vehicle fleet turnover as the deployment of safer and cleaner technologies is delayed”.  It added that they would also have a negative effect on “US leadership in future innovations on leading-edge technologies, from autonomous vehicles to electrification”. 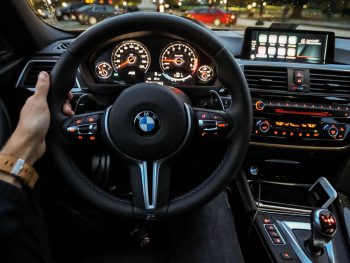 A recent conference in Virginia highlighted links between accidents and driver health and outlined how the situation can be improved. Mark Boada was in attendance.

The Network of Employers for Traffic Safety’s (NETS’) Drive Safely Work Week, a recurring fleet safety programme that provides employers with a toolkit to promote safe driving, will focus on the link between roadway crashes and driver health and well-being, the organisation has revealed. NETS executive director Joe McKillips announced the campaign theme at the organisation’s 2019 Strength in Numbers Annual Benchmark Conference, held in October in Arlington, Virginia.

The campaign, aimed at both employers and employees, includes the topics of driver physical health, work-life balance, improved diet, maintaining a ‘healthy vehicle’ and developing a wellness plan.

“Wellness on many levels is often the forgotten side in road safety, especially given all the other challenges we have on the road, whether it be distractions, speeding or failure to use vehicle restraints,” said McKillips. Under the banner of ‘Driven to Wellness’, McKillips said the campaign encourages fleet safety leaders and drivers alike to take steps to reduce fatigue, stress and the risks for serious illness that extended driving causes, and which contribute to highway crashes.

Speak out on safety

Sergio Rojas, one of the conference’s keynote speakers, provided evidence for the connection between health and roadway safety as well as for the effectiveness of a multi-faceted fleet driver wellness programme. Rojas is a corporate health consultant and the former executive director of the president’s Council on Fitness, Sports and Nutrition.

Rojas cited a study that showed driving more than two hours a day is correlated with an inactive lifestyle, poor sleep, poor mental and physical health, obesity and smoking. He also highlighted the fact that sitting in a vehicle for more than 10 hours a week increases your chance of dying from cardiovascular disease by 64%, and 23 hours a week of combined car and watching television ups the chance by 82%.

Another study referenced by Rojas stated that sleeping between five and six hours a day instead of seven nearly doubles a driver’s chance of crashing and sleeping less than five hours increases the odds by four to more than 11 times.

“We know from dozens of research studies that the more you sit, the more increased risk you have for significant illnesses,” Rojas said. “When you have unhealthy drivers and add in distractions, we have the perfect storm: more crashes, increased costs for the repair and replacement of equipment and higher legal costs.”

The world of wellness

Rojas said the answer is for fleets to enrol fleet in long-term, coached wellness programmes that encourage them to eat healthier foods, increase their physical activity, better manage stress and get more restful sleep.

As proof that such programmes work, he described the benefits that a trucking fleet experienced after three years of a programme he helped create. Among the more than 500 drivers it worked with, he said 92% have shown major health improvement, the turnover rate has dropped by 24% – and their crash rate per million miles driven has declined 15%.

Rojas’ message was reinforced by the results of NETS’ 2018 benchmarking study. The study, revealed at the conference, showed for at least the second year in a row that fleet programmes that help drivers reduce their fatigue have the greatest impact on reducing crashes and injuries.