November was a tough market for Germany but there were slight signs of recovery for the true fleet sector, according to latest Dataforce analysis. 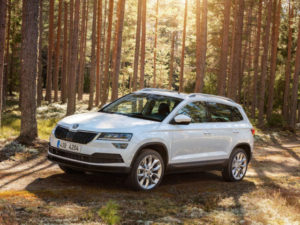 The figures for last month show the 9.1% decline was better than the 38.5% fall seen in September and October’s decline while November’s true fleet sector also performed better than the private market, which fell 16.1%. As a result the share of company cars climbed to 26.3%, which is the highest for the current year, up to now.

Registrations of dealerships, manufacturers and short-term rentals were down by 4.3% while overall registrations fell 9.9% to under 273,000 new passenger cars.

The top 10 true fleet brands saw an equal share of winners and losers. Market leader Volkswagen returned to growth (+ 1.3%) followed by BMW and Mercedes. Thanks to a solid + 5.1% rise, Škoda jumped from rank number six into fourth position. Opel on rank number six (behind Ford) had a very strong November with +18.6% and its highest November volume since 2007, mainly driven by the models Astra, Grandland X, Adam and Insignia.

Audi dropped back to seventh position followed by SEAT, Renault and Volvo. The Swedish manufacturer achieved a remarkable +46.2% which led to a market share of 2.83% which is just marginally behind Volvo’s all-time record share of 2,84% back in January 2005. The biggest support came from two SUV models; the XC60 (delivering a +65.1% rise) and the all-new XC40.

Looking at segment performance, while SUV keeps on growing, all six passenger car subsegments are down, especially the PC Medium segment, which is down 21.5% over November 2017, leaving its share at the lowest ever for this group of cars of 15.5%. Medium-sized SUVs however increased their slice of the market and November brought us a new segment leader: the Škoda Kodiaq was number one for the first time and scored both its best monthly volume (a 4-digit number for the very first time) and market share, outperforming very established competitors like Mercedes GLC, BMW X3 or Audi Q5.

Dataforce analysis also showed that diesel registrations once again increased as 61.3% of all new company cars registered in November were equipped with a diesel powertrain. That’s the highest percentage seen in more than a year. And it seems the larger the fleet is, the higher its appetite for Diesel goes. While the share is slightly under 50% in companies with up to nine passenger cars in their car parc, it is 59.4% in the fleet size 10 to 49 and even 68.7% in larger fleets with at least 50 cars (all figures 2018 YTD November). Eight out of the top 10 models in November had a diesel share above 70%; only the Volkswagen models Golf (due to a significant amount of electric E-Golf) and Polo were below this level.