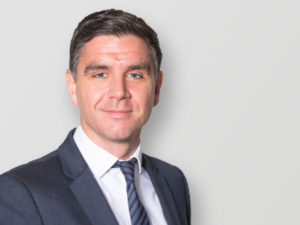 He replaces Guy Pigounakis who moved to DEKRA Automotive in October as sales director.

Stewart brings more than 17 years of fleet and automotive experience, including previous roles at Nissan as network sales director and head of corporate sales planning and operations. He also spent some nine years at Mazda in positions including regional business manager and started off his career at Vauxhall as rental marketing manager.

In his new role, Stewart is tasked with further growing Hyundai’s fleet business as the company looks to drive sales of its recently launched IONIQ range and also adds to the i30 range with the new i30 Fastback and i30 N. The brand will also introduce an electric version of its Kona SUV and a hydrogen fuel cell SUV – due to replace the ix35 FCV – in 2018 as part of a large-scale model offensive over the next five years.

Tony Whitehorn, president and CEO, Hyundai Motor UK, said: “Michael Stewart’s appointment is an important one for Hyundai UK as we work on growing our market share, building on the reputation we’ve earned from fleet operators large and small. 2018 will see comprehensive updates to key vehicles, alongside all-new model introductions, so now is a crucial time to retain existing business customers and grow our influence further.”